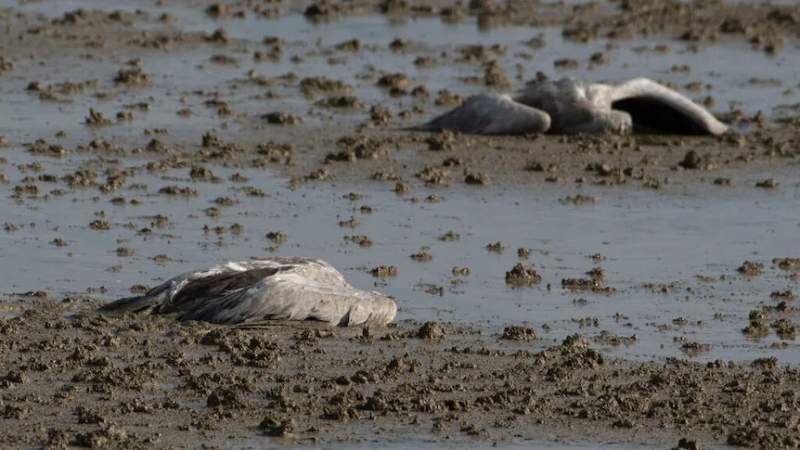 The devastating bird flu outbreak that killed thousands of birds in Israel last week has killed the first birds in Spain, leading experts to warn of the need to strengthen biosecurity measures.
The Spanish Ministry of Agriculture has confirmed the detection of Highly Pathogenic Avian Influenza (HPAI) A H5N1 in various wild birds that have been found dead in the river Segre in Soses (Lleida). They are the first birds of the year to have died from the virus in Spain.
The virus is the same one that has caused the deaths of thousands of birds over the last few weeks in Israel, in what the local authorities consider to be the worst blow for wildlife in the country’s history.
According to sources from the Ministry of Agriculture, four swans and a stork were found dead in the river in the observations carried out as part of the National Avian Influenza Surveillance Programme in Spain.
Once the samples had been taken from the deceased birds, they were sent for analysis at the Central Veterinary Laboratory in Algete, Madrid, where they tested positive for H5N1.
The local governments immediately intensified the passive surveillance of wild birds in the area within a 10-kilometre radius, giving priority to the first three kilometres.
The Ministry has assured that none of the birds from the first few kilometres are used for commercial purposes, and extra biosecurity measures are being taken within a radius of 10 kilometres at places where birds have commercial uses. Workers are to be informed of the risk of bird flu and the importance of avoiding contact with wild birds. More animals will also be clinically studied in order to detect possible infections.
The Ministry of Agriculture has stated that the detection of bird flu in wild birds should not result in any commercial restrictions. However, they also said that “the introduction and circulation of HPAI in Spain can be considered very high in the high-risk areas”, meaning that special biosecurity measures are necessary.
________________________________________________________________________
Thank you for taking the time to read this article, do remember to come back and check The Euro Weekly News website for all your up-to-date local and international news stories and remember, you can also follow us on Facebook and Instagram.