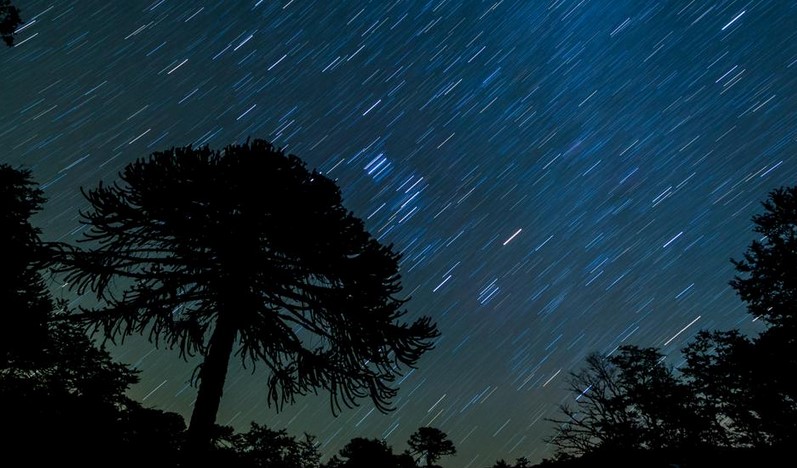 Watch out for the Quadrantids meteor shower in the night sky

Lovers of the night sky should be aware that right now, we are in the middle of the first meteor shower of the year. The Quadrantids occur every year between December 28 and January 12, with their maximum peak of activity occurring around January 3, 2022.
As reported by the National Geographic Institute (IGN), Quadrantids have an activity rate above 120 meteors per hour, and a speed of 41 kilometres per second. This rate makes this meteor shower one of the most active of the year, along with the well-known Perseids that occur in August, and the Geminids in December.
However, the Quadrantids are not as famous as their celestial friends, because normally, during the month of January, when they are at their peak, the winter weather conditions do not always allow for perfect viewing.
To be able to see them, we need a clear sky. They are best observed from a place where there are no obstacles that obscure your view, such as trees or large buildings. You should also try to avoid light pollution, by going out of town. In this way, they can be seen with the naked eye, without the need for any special observation instruments.
The advantage this year, 2022 is that the Quadrantids occur just when the moon is in a new phase. As a result, the light from the satellite will not prevent the meteor shower from being seen.

The origin of the quadrantids

IGN explains, “The origin of the Quadrantids remains uncertain. Some astronomers speculate that asteroid 2003 EH1 may be the one causing the meteor shower. This asteroid was discovered in 2003, and is believed to be related to the extinct comet, C \ 1490 Y1, observed by Chinese, Japanese, and Korean astronomers about 500 years ago”.
Every year, at the end of December, and the beginning of January, the Earth passes through a ring populated with fragments detached from the asteroid 2003 EH1.
“When one of these fragments (or meteoroids) comes into contact with the Earth’s atmosphere, it is calcined by friction with the air, thus creating the luminous glow that we know as a meteor or shooting star”, concludes IGN, as reported by 20minutos.es.