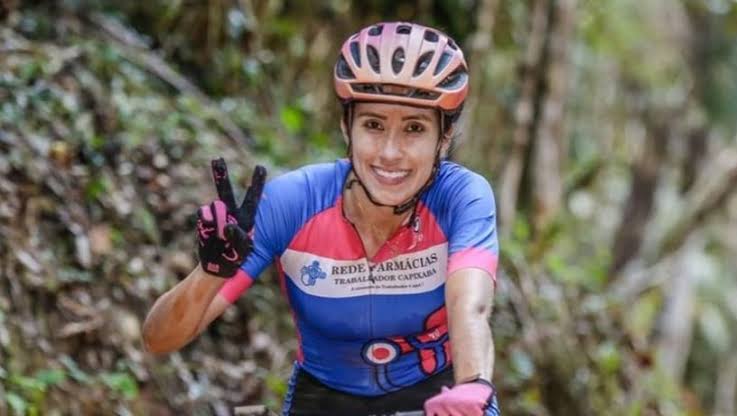 TOP Brazilian cyclist Mariana Merlo, an elite mountain biker from Espírito Santo, dies suddenly aged 27 after suffering a “sudden illness”, according to her family.
Merlo, the current Mountain Bike State Champion, is said to have felt unwell on Friday, January 14 and was taken to hospital where she sadly passed away. No details have been released as to what caused her sudden death. She was due to defend her title on Sunday, January 16.
Ana Paula Merlo, Mariana’s sister, informed local media that the young athlete was in the countryside when she felt pain during the afternoon and was taken to the Sílvio Avidos Hospital, in Colatina before she tragically died at around 8 pm.
Mariana, described as a “revelation” by the president of the Espírito Santense Cycling Federation (FESC), Marcos Paulo Silva Duarte, had achieved several awards in the country’s elite competitions.


Mr Duarte said that for three years Ms Merlo had been standing out in competitions held in Espírito Santo, as well as in other places.
“She is the current Mountain Bike State Champion and was registered for the Mountain Bike State Championship scheduled for this Sunday in Marechal Floriano.
“On Friday, around noon, she had a sudden illness, was taken to the hospital, but died at night. It was a surprise for all of us. She was a new athlete, a revelation, and she had everything to show for it. She was starting to compete on a national level,” he said.
FESC mourned the death of the cyclist via a social media post: “FESC sympathises with your family and friends, in addition to the entire MTB (Mountain Bike) ES community, for this irreparable loss, and we pray that God can comfort you, in this moment of great pain, in which words become small. and the spirit seeks the support of faith.”
In related news, fully vaccinated Brazilian model Valentina Boscardin died aged 18 after suffering Covid complications, according to her mother.
Valentina, who her mum said was in good health after receiving two doses of the Pfizer vaccine, died on Sunday, January 9, after being hospitalised in São Paulo. Boscardin was part of the Ford Model Brasil São Paulo agency and had taken part in some international modelling tours.