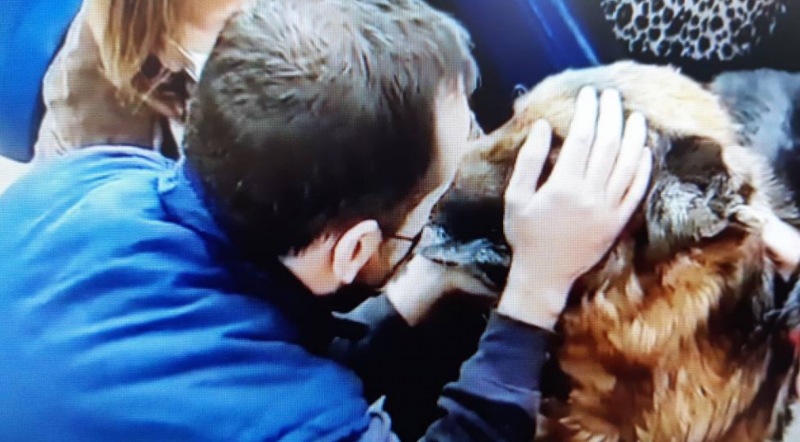 An emotional video of a missing dog being reunited with its owners after disappearing six years previous has highlighted the importance of microchipping.

Dico had been missing for six years before the microchip his owners had implanted in him meant they could be reunited.
Pepa Tenonio found a dog on the road between the towns of Deifontes and Iznalloz in Granada and immediately looked for the microchip, discovering that he had been missing for six years.
Thanks to the information on the chip, Pepa was able to locate the owners.
She has now posted an emotional reunion video on social networks in which she sends an important message to all pet owners.
Dico’s owner had unfortunately passed away, however, the video shows the owner’s relatives emotionally hugging the dog – clearly very moved by seeing him again.

When Pepa called the telephone number on the chip and discovered that Dico’s former master had died, the owners’ children cried when they found out that Dico was alive and coming home.
The images of the reunion are spectacular and moving, resulting in them going viral on social media.
Pepa has previously appeared on social networks requesting help for lost pets. On different occasions, she has shown her love for animals – which has led her to acquire more than 20 dogs!
Pepa also has a fundraising page asking for the public to help with the care of these lost dogs. A moving message she posted reads: “Well, most of you already know me and you know my story, hard, dedicated, I give everything for the furry ones… I have 21 dogs all picked up from the street, I’m unemployed right now a year ago without any type of income or help other than that of my parents who opened the doors of their KSA to me and my kids…”
“I need help every day for food, veterinary expenses, any costs that may arise, you already know that the expenses are very high… those of you who have 5 or 6 furry ones at home will be able to understand me well… Thank you”