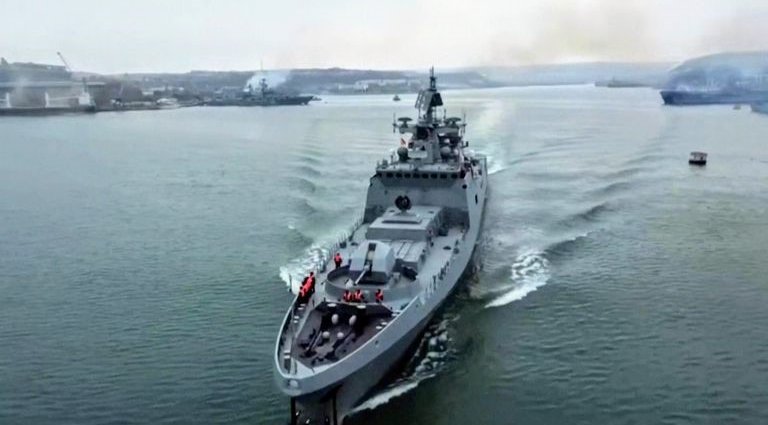 Russia had planned to conduct its war games in an area popular with Irish fishing trawlers, but the defiant fisherman turned the Russian warships away winning the right to keep on fishing uninterrupted.
The Russian Defence Ministry will as a result of the trawlers intervention now conduct their war games elsewhere, the controversial exercises being moved out of Ireland’s exclusive economic zone (EEZ).
Ireland had raised its objections but had little power to get the larger and more powerful country to move on, but on Saturday night Russia’s ambassador to Ireland said the exercises would be moved.
Yury Filatov said in a statement: “In response to the requests from the Irish government as well as from the Irish South and West Fish Producer’s Organisation, the Minister of Defence of the Russian Federation Sergey Shoigu has made a decision, as a gesture of goodwill, to relocate the exercises by the Russian Navy, planned for February 3-8, outside the Irish exclusive economic zone (EEZ), with the aim not to hinder fishing activities by the Irish vessels in the traditional fishing areas.”
Brendan Byrne of the Irish Fish Processors & Exporters Association told Sky News that he “welcomed the sensible decision”, and said that it was “a great boost for the fishing industry.”
Mr Byrne said that the Russians “may have miscalculated” in organising exercises in a lucrative fishing ground, and that “the Irish fishing industry wasn’t going to back down.” He said his organisation is now calling for a 10-year moratorium on naval exercises by any country within Ireland’s EEZ, for ecological and fishing reasons.
Ireland’s Minister for Foreign Affairs Simon Coveney tweeted: “This week I wrote to my counterpart, the Minister of Defence of Russia, to request a reconsideration of naval exercises off the Irish coast.
“This evening I received a letter confirming the Russian exercises will be relocated outside of Ireland’s EEZ. I welcome this response.”
The planned exercises had raised concerns around the world against the backdrop of the tensions on the Ukraine border, the Irish fisherman having achieved success with their attempts to turn the warships away going a long way to reduce those tensions.