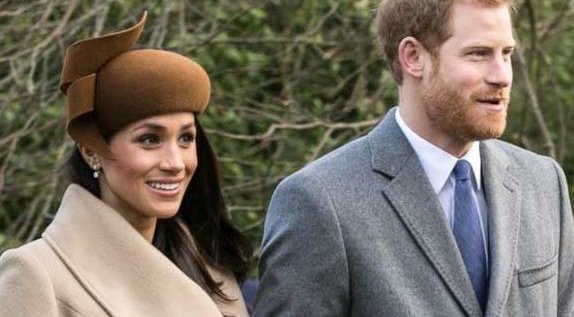 ‘Terrified’ Meghan’s telling remark to a friend about the harsh reality of royal life.
According to royal journalists Omid Scobie and Carolyn Durand, Meghan Markle had been terrified about what would happen when the world discovered her secret relationship with Prince Harry.
The couple had managed to keep the relationship quiet for around five months before the secret got out. They spent their time flitting between Canada and London.
Journalists, Omid Scobie and Carolyn Durand have claimed that Meghan was terrified when the news broke and journalists swooped in. She was terrified that this was her new Royal life.
The Finding Freedom unofficial biography by the authors details what happened when the couple’s bubble burst and the world found out about their relationship.
The pair wrote: “One night late in October in Toronto, Harry was happy, and so was Meghan. Until their received a call from one of Harry’s aides at Kensington Palace. It wasn’t good news.
“A tabloid was going to run with the story of their relationship. Their main worry was that her place would be besieged by photographers within 24 hours.
“They had little time to think because there was only a couple of paparazzi in Toronto but it wouldn’t be long before photographers flew in from New York and LA, all hoping to get that first picture of the happy couple.”
The calls started to flood in from staff in the UK asking Harry to return to London. The authors believe that Meghan was glad that the secrecy was coming to an end and she would be able to tell her family and friends.
They commented: “Prior to meeting Harry, the only times she experiences cameras were on a set or on a red carpet.
“The security was necessary. Shortly after the news broke, a photographer from an LA-based photo agency had scaled the fence into her back garden and waited for Meghan by her car, hoping to get a picture before she headed out to run errands.
“Meghan was terrified and called the police.
“‘This is how it’s always going to be, isn’t it?’, she said to a friend.”