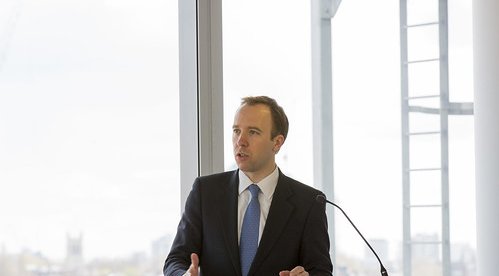 The UK government has been forced to publish documents that reveal how the disgraced former Conservative MP Owen Paterson directly lobbied senior minister for a healthcare firm that had hired him as a consultant. Paterson contacted Matt Hancock, who was at that point the health secretary, at the beginning of the pandemic to promote Randox, a health company that was paying him £100,000 a year.
Randox was awarded contracts worth nearly £500m during the pandemic without any other firms being given the opportunity to bid for them. The new documents reveal that following Paterson’s lobbying, Hancock chased his officials, saying he was “very worried” about how his department was treating Randox and other firms.
Paterson chided Hancock after Randox offered help in the early stages of the pandemic, telling the health secretary he was “exasperated” at the slow response of the government. Amid regular contact between the two politicians via WhatsApp, Paterson also appeared, after an article in the Guardian, to ask Hancock to “kill once and for all” the suggestion that Randox had been awarded a contract because he was being paid by the firm. Hancock appeared to agree.
Labour MPs used a parliamentary motion to compel the government to publish documents. The Department of Health and Social Care had resisted disclosing documents relating to Randox amid criticism of cronyism. Last November, Paterson resigned from the House of Commons after an official investigation found he had broken parliamentary rules when he lobbied for Randox and another firm. The investigation by the parliamentary standards commissioner had been started after an investigation by the Guardian into Paterson’s lobbying activities.
The documents were published by the current health secretary, Sajid Javid, who told parliament: “There are robust rules and processes in place to ensure that all contracts are awarded in line with procurement regulations and transparency guidelines … Ministers are not involved in the assessment and evaluation process for contracts.”
There have been many other instances of the so-called “fast-track” lane for Covid contracts given out by the government that have later come under scrutiny. The system itself was ruled improper by the high court late last year.