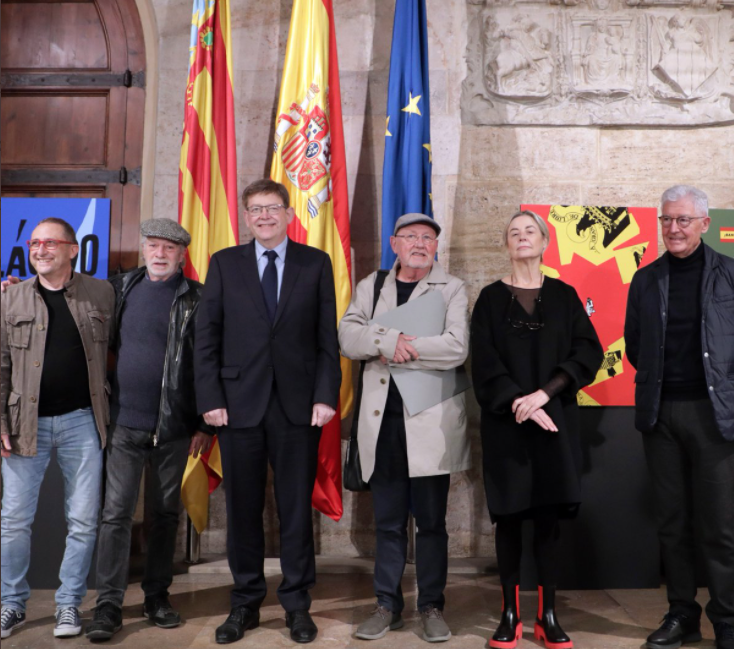 THE president of the Generalitat, Ximo Puig, insists the use of masks outdoors will remain in the Valencian Community despite Spain’s Minister of Health, Carolina Darias, announcing that the mandatory use of masks outdoors in Spain will be scrapped this week.
Speaking today (February 8) in Castelló, Puig said that both the Regional Ministry of Health and town councils will get together over the next few days to establish general recommendations on the use of masks in public spaces during the upcoming “Las Fallas” and “La Magdalena” festivities.
Asked about the end of the obligatory use of masks in open spaces, the president indicated that “the absence of mandatory mask use outdoors does not mean that it is obligatory not to wear them” and in fact, he added, “there are many moments in the open air when it is convenient to wear them because if there is an interaction in close proximity it is very difficult to avoid passing on any contagion”.
Puig, who enjoyed a maskless photo with several Valencian artists at the National Design Award on Monday, February 7, said that although data shows the pandemic has stabilised in the Valencian Community, he would be making “general recommendations for these festivities, which will always be linked to prudence and responsibility, just as we Valencians have managed during this time”.
Puig said that “the pandemic has not disappeared and we have to be aware that in the areas with the greatest possibility of contagion we have to be preventive, there is no other recipe”.
The Valencian president is not the only one to question the withdrawal of mandatory masks outdoors in Spain, with Andalucian president Juanma Moreno also revealing he is not fully behind the decision.
In other news, when pressed on whether the Valencian Region is going reduce the number of days infected people have to quarantine, Puig said that “it is a question that is being evaluated.”
If the situation improves after all the data available is evaluated, Puig said that “measures can be put in place to normalise the situation”, adding that we are “in a transition towards normality that must be improved and after having learned from previous waves so as not to make mistakes”.
“We don’t want people to be unnecessarily locked up if it is not necessary”, but, he stressed, “at the moment there are people who are hospitalised and going through the illness with many difficulties, it is not mild for everyone”.
“We are not back to normal yet and we are not going to be in the coming weeks,” added the president.