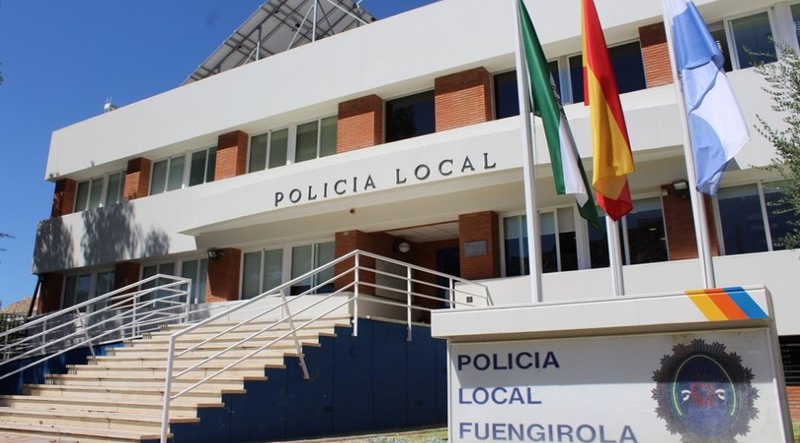 Isabel Gonzalez, the Councillor for Mobility from Fuengirola Town, announced today, Thursday, February 10, the completed installation of an elevated pedestrian crossing on Avenida de Las Salinas. It is designed to reduce the intensity of traffic, and reinforce road safety in the area.

Ms Gonzalez explained that the Council is going to continue adopting measures to make an urban environment accessible to pedestrians, with the best conditions for road traffic. Technical studies carried out by the Local Police through speed controls, have allowed them to locate where the hotspots are, and take steps to improve security.

“Many of them we carry out at the request of the neighbours, and if the data confirms a certain danger, we act as quickly as possible”, she commented.

During the last month, Local Police officers in Fuengirola have carried out operations to measure the speed of traffic circulation. These checks have resulted in only 20 per cent of the vehicles travelling along the Paseo Maritimo being found to have exceeded the permitted speed.

This percentage rises to 28 per cent in the case of Calle Maestra Azpiazu, and up to 55 per cent on Calle Orquideas street in Torreblanca.

A mobile radar device was used to control speed in these sections. In recent weeks, they have carried out two controls. One was on Avenida Las Salinas, where, out of 493 vehicles, only 11 exceeded the 40km/h limit. On Avenida Jesus Cautivo, out of 338 vehicles, 40 exceeded the speed limit.

“This radar, which during the first months has worked in an informative and non-coercive manner, has already begun to penalise all drivers who do not comply with the speed limits and put the integrity of pedestrians at risk”, Isabel Gonzalez pointed out.

“Most of the Fuengirolans comply with them, but we believe that, after a period of prudential adaptation, it is time to implement more measures that dissuade non-compliance with the rules”, she concluded, as reported by laopiniondemalaga.es.