Winter Olympics: Russian doping once again in the spotlight 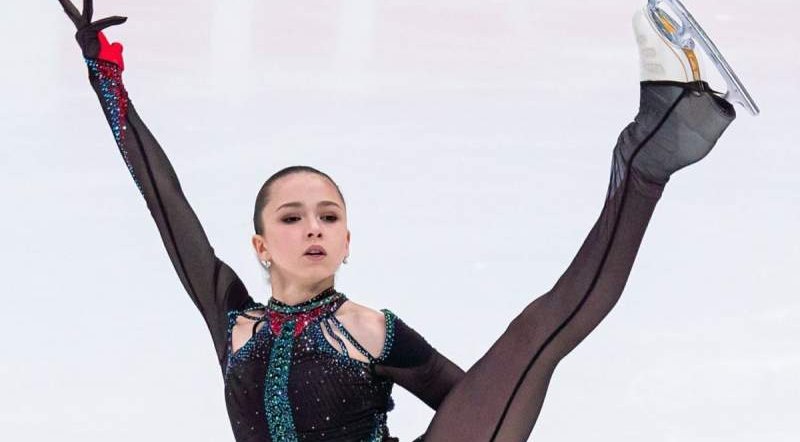 Teenage figure skating sensation Kamila Valieva brought the Olympics to light performing a jump never achieved before, however that has now been overshadowed as Russian doping of athletes is once again in the spotlight.
The International Testing Agency (ITA) has confirmed that the 15-year-old failed a drugs test in December, but the Russian Anti-Doping Agency (Rusada) lifted her suspension, enabling her to continue at the Beijing Games.
The International Olympic Committee has now appealed against that decision and the medals she and her team won at the games, withheld pending the outcome of an investigation.
The International Skating Union has also called on the Court of Arbitration for Sport (CAS) to reinstate Valieva’s provisional suspension after her sample collected on Christmas Day at the Russian Figure Skating Championships in St Petersburg proved positive. That test was sent to the World Anti-Doping Agency (WADA) accredited laboratory in Stockholm, Sweden.
The result was only reported on February 8, the day after she won team gold but before the medal ceremony had taken place.
Valieva tested positive for trimetazidine, which is used in the prevention of angina attacks, but is on the WADA banned list because it is classed as a cardiac metabolic modulator and has been proven to improve physical efficiency.
She was provisionally suspended but challenged the decision and Rusada agreed to lift it on February 9, With CAS to hear the case before her scheduled appearance in the individual event, which starts on Tuesday, February 15.
IOC spokesman Mark Adams said he wanted a resolution “as quickly as possible”, adding the medals for the team event will not be awarded until the outcome of the CAS hearing.
The ITA added: “The reasoned decision, including the grounds for which the provisional suspension was lifted, will be issued shortly to all concerned parties.
“It’s important that a fair process unfolds and the integrity of sport is protected. Our hope is that this is resolved quickly and the medallists get the medal moment they’ve earned here in Beijing.”
Russian athletes are competing under the name of the Russian Olympic Committee (ROC) because Russia received a two-year ban from WADA in 2019 for its state-sponsored doping programme.
Between 17 December 2020 and 17 December 2022 no athlete can represent Russia at the Olympics, Paralympics or World Championships.
The ban was originally for four years but was reduced to two by CAS.
Also under question is the European Figure Skating Championships in Tallinn, Estonia, which took place in January. That was between the positive test and the Winter Olympics, a competition in which Valieva won the women’s singles and Russia claiming a clean sweep of the gold medals.
Concern has been expressed by many for the welfare of the 15-year-old at the heart of the doping allegations, but for many this is a case of déjà vu, once again we are at the Olympics and once again the Russian doping is in the spotlight.