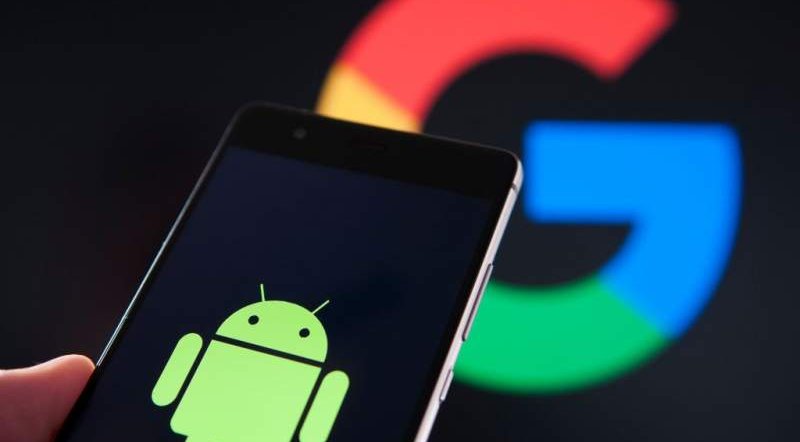 The recently announced plans to limit the data tracking on Google’s Chrome browser making it more private, is to be extended to cover apps on its Android based smartphones. The so-called Privacy Sandbox project aims to curb the amount of user data that advertisers can gather, in a move that will please many users and brings the company more in line with Apple.
Apple has for some time forced app developers to ask permission from users before tracking them and their usage.
While the move will be welcomed by users and privacy promoters, the news will be a big blow to firms like Meta, who rely on putting their code on apps to track consumer behaviour.
Meta said this month that Apple’s changes would cost it $10bn (£7.3bn) this year, however the loss is to be substantial more as Google’s Android operating system is used by about 85% of smartphone owners worldwide.

Google have said that third-party cookies, which use people’s browsing history to target adverts, will be phased out on their Chrome browser by 2023 but no date has been given for smartphones.
In a blog, Google said it was now extending what it calls its Privacy Sandbox to Android apps, and working on solutions that will limit sharing users’ data and “operate without cross app identifiers, including advertising ID”.
App identifiers are tied to smartphones and are used to collect information on the user, including by Google. They have said that it will keep them in place for at least two years, while it works “with the industry” on a new system, although it hasn’t provided any information on how this will affect the company who also uses the technology to target advertisements.
In the blog they: “We’re also exploring technologies that reduce the potential for covert data collection, including safer ways for apps to integrate with advertising SDK (software developer kits).”
Google have not provided any detail how it plans to do this, with Apple having decided in April 2021 that app developers had to explicitly ask for permission from users to use IDFA (Identifier for Advertisers). Data from advertising company Flurry Analytics, and published by Apple, suggests that US users are choosing to opt out of tracking 96% of the time.
Google’s blog did not name Apple, but referred instead to “other platforms” which it said “have taken a different approach to ads privacy, bluntly restricting existing technologies used by developers and advertisers.”
“We believe that – without first providing a privacy-preserving alternative path – such approaches can be ineffective,” it added.

Unlike Apple, Google relies on advertising revenue and its attempts to create alternatives to third party cookies on its Chrome browser have not gone entirely smoothly.
Its first proposal -a system called Federated Learning of Cohorts (Floc), was disliked by privacy campaigners and advertisers alike.
Floc aimed to disguise users’ individual identities by assigning them to a group with similar browsing histories.
Its successor, Topics, was announced recently and aims instead to group users in topic clusters selected out of about 350 categories such as fitness or travel. When someone visits a website, Topics will show the site and its advertising partners three of their interests from the previous three weeks.
Google who have fallen foul of competitions authorities around the world is being watched by the Competitions Market Authority who is scrutinising their transition to more privacy-focused systems. It said: “We will continue to monitor this closely and engage with Google on the nature and detail of its proposals.”
A report commissioned by Apple said that the average app includes at least six third-party trackers that are there solely to collect and share online data, with any one data broker estimated to have data on up to 700 million consumers, according to research firm Cracked Lab.
Regulators, such as the UK’s Information Commissioner’s Office, are investigating the advertising ecosystem, especially the way ads are sold, known as real-time bidding, which automatically places billions of online adverts on web pages and apps every day.
Google have yet to provide any detail on how they intend to make Android apps more private, but if the experience of Apple is anything to go by it will be welcomed by users. However it could also negatively impact on their own revenues.