Storm Dudley could be worst in 30 years 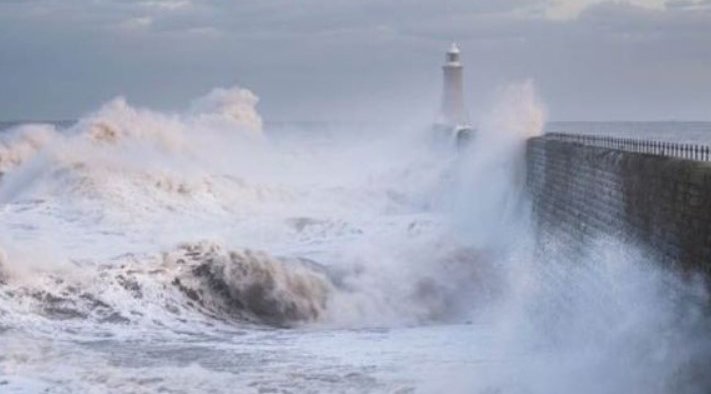 Storm Dudley has created havoc across the UK and could be the worst in 30 years, but forecasters have warned the worst is yet to come with Storm Eunice due to arrive on Friday.
Forecasters say the front could see parts of the country hit with gale force winds unlike anything in three decades, with blizzard conditions in parts of the country.
Weather warnings have been issued across the country and energy firms have put customers on notice that there could be blackouts, whilst police have asked people to only make essential journeys.
London North Eastern Railway (LNER) has warned customers to expect disruption to services in the coming days and not to attempt to travel at all on Friday.
East Midlands Railway (EMR) issued a similar warning to customers, with high winds expected to wreak havoc with networks.
There has already been widespread travel issues across Scotland, which felt the full force of Storm Dudley this afternoon.
ScotRail wound down almost all services from 4pm amid fears of falling trees and blowing debris.
Ferries in Scotland have also been severely disrupted, with 20 of the 29 routes experiencing cancellations.
Avanti West Coast said due to damage to the overhead electric wires at Carlisle all lines towards Glasgow and Edinburgh are blocked.
Met Office forecaster Becky Mitchell told The Mirror: ‘With the wind gusts we are forecasting at the moment, we’ve only seen a handful of storms in the past 30 years that have brought similar gusts.
‘It’s got the potential to be up there as quite a notable storm.’
Parts of Scotland, Northern Ireland, Wales and northern England have seen wind speeds between 60 and 70mph throughout the day – with some areas experiencing 80mph gusts.
An amber warning has been issued by the Met Office for strong winds covering central Scotland, parts of Northern Ireland and northern England above Hull which is expected to last until midnight on Wednesday, with yellow wind warnings in place as far south as Birmingham.
The Environment Agency has one flood warning in place as of Wednesday afternoon near the Lake District.
These conditions will be followed on Friday by Storm Eunice, which is expected to bring even stronger winds and snow.
Another amber warning has been issued, with the potential for stronger winds, and predictions that gusts could top 90mph in the South West and South Wales.
The Environment Agency has warned of the risk of flooding to coastal areas in southern England on Friday.
With the storm likely to be one of the worst experienced in 30 years, people are being warned to stay indoors and to limit travel where possible.