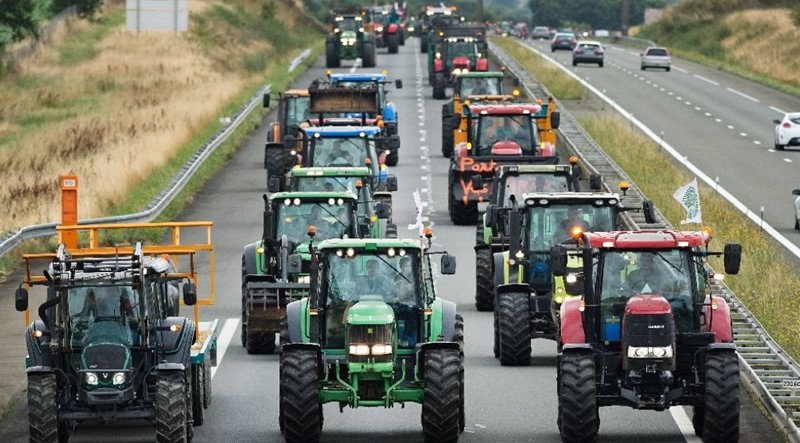 Farmers in the province of Malaga, and in particular, the organisations that represent them, have called for, and organised, an urgent ‘tractorade’ demonstration for March 3. Asaja, COAG, UPA, and Agro-food Cooperatives, have all decided to make a strong show of unity.

Their protest will involve fleets of tractors arriving from all around the province, finally meeting up in the Antequera region.

In a statement, the entities warned of the current dissatisfaction with “The prices, the rise in production costs, the news about labour reform, unfair competition, the reform of the CAP, and, to top it off, a severe drought, all of which has suffocated the farms in Malaga for several years”.

The press release stressed that “the abandonment of farms is taking place, which leads to an unstoppable depopulation of rural areas”. Adding, “Food continues to become more expensive in the shopping basket for consumers, who pay more for the products they buy”.

They warned that it is “an increase in prices that, however, does not assist farmers and ranchers, the first link in the food chain, who see their losses increase because they do not even cover production costs with sales”.

“While at the same time imported products from third countries arrive on our markets that do not meet the requirements of the European Union, neither in quality, nor in food safety, or in their production process”, the statement concluded.

As a result, Asaja, COAG, UPA, and Agro-food Cooperatives, have called on Malaga’s farmers, ranchers and cooperatives to attend the great demonstration and tractorade on March 3 “in unison, to demand coherent policies and measures to guarantee the dignity of agricultural holdings, and safeguard the countryside of Malaga”, as reported by malagahoy.es.

Originally from Wales, Chris spent years on the Costa del Sol before moving to the Algarve where he is a web reporter for The Euro Weekly News covering international and Spanish national news. Got a news story you want to share? Then get in touch at [email protected]roweeklynews.com