The types of schools in Spain 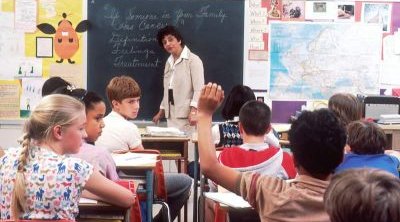 The types of schools in Spain

Spanish education follows high standards and there is a variety of options when finding schools in Spain.

The four types of schools in Spain are public, private, semi-private and international schools. The institutions range from Catholic to secular, as well as single-gender and co-educational.

Generally, expats who have older children or who only plan on staying in Spain for a short time opt for an international school.

Public schools in Spain have a high standard of education. Public schools are free to attend, including for expats, as long as they have registered on the

Children usually attend the school that is closest to their home until they reach secondary school.

The primary language in public schools in usually Spanish, except for regions such as Catalan in Barcelona. Public schools are usually the best choice for expats with very young children as it is easier for them to overcome the language barrier. They are also generally the best option for expats who plan to reside in Spain long-term.

For parents who want their child in classes with less children, semi-private is a good option, however, the standard of the school depends on the location.

The primary language in these schools also tends to be Spanish or the language of the region. The curriculum will follow the Spanish state curriculum.

There are numerous private schools in Spain and they each have annual tuition fees. Private schools generally have higher quality facilities, smaller class sizes and a wider variety of extra-curricular activities.

The primary language is Spanish, unless it is an international or bilingual school, or the language of the region.

Private schools often have a waiting list for enrolment, meaning expats will have to enrol early and negotiate well.

International schools are usually favoured by expats because the child can continue learning the curriculum from their home country and in a language they know, making it a more straightforward transition.

The most popular curriculum in international schools is American or British and most urbanised areas offer a good assortment of schools.

The admission procedures for international schools varies, so it is advised to speak with each individual school. It is a good idea for expats to bring their child’s report card from the previous year and their record of immunisation.