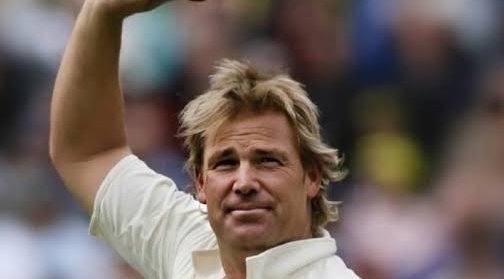 HEARTBREAKING NEWS – Legendary cricketer Shane Warne has died of a suspected heart attack aged 52, according to his management company.

The Australian, who was widely considered one of the greatest bowlers in cricket history, was found dead in Koh Samui, Thailand on March 4.

Warne’s management released a brief statement stating that the Australian cricket commentator had passed away of a suspected heart attack, as reported by the Mirror.

“It is with great sadness we advise that Shane Keith Warne passed away of a suspected heart attack in Koh Samui, Thailand today, Friday 4 March.

“Shane was found unresponsive in his villa and despite the best efforts of medical staff, he could not be revived.

“The family requests privacy at this time and will provide further details in due course,” the statement read.

One of the best-known cricketers, ‘Warnie’ as he was affectionately known, took 708 Test wickets – the most ever for an Australian – over an international career that spanned across 15 years.

On March 4, Warne had tweeted his condolences after hearing the news that fellow Aussie cricketer Rod Marsh had passed away, writing: “Sad to hear the news that Rod Marsh has passed. He was a legend of our great game & an inspiration to so many young boys & girls. Rod cared deeply about cricket & gave so much-especially to Australia & England players. Sending lots & lots of love to Ros & the family. RIP mate.”

Tributes have flooded social media after the shocking news of Warne’s death was announced.

Former Indian cricketer Venkatesh Prasad wrote: “Extremely sad day for cricket. An all-time great and a modern-day legend, Shane Warne has passed away. Tweeted in the morning about the passing away of Rodney Marsh, and a few hours later, the great man has passed. Prayers for the soul and condolences to his loved ones.”

Edgbaston’s Twitter account said: “A cricket legend and an inspiration to so many people. You’ll always be missed. RIP, Shane Warne.”

“Shane Warne was a crowd puller. Magician with the ball. Absolute legend of Australian cricket. First IPL winning captain. He will be missed, He will be remembered forever,” Irfan Pathan said.

“Whenever he came to the wicket, change came over the game of Cricket” – My mind just cannot accept that Shane Warne is no more. Gone too soon… Thoughts and prayers with his family and friends…RIP Warnie,” former Indian cricketer Wasim Jaffer wrote.

Shahid Afridi said: “The game of cricket has lost what I consider a university of leg-spin bowling today. I was inspired by his bowling from the start of my career and it was always a privilege to play against him. My deepest condolences are with Warne’s family and loved ones.”

“Absolutely devastated to hear that ⁦@ShaneWarne has died from a heart attack aged just 52. He was a genius cricketer, a supreme entertainer, a fantastic bloke and a great loyal friend for many years. Just gutting news. RIP Warnie, I loved every minute in your company,” friend Piers Morgan wrote.

Rohit Sharma said: “I’m truly lost for words here, this is extremely sad. An absolute legend and champion of our game has left us. RIP Shane Warne….still can’t believe it.”

England Cricket’s Twitter account wrote: “One of the greatest of all-time. A legend. A genius. You changed Cricket. RIP Shane Warne.”

“Terribly saddened and shocked to hear the news that Shane Warne has died. The greatest spin bowler of all time. Can’t quite believe it. RIP Shane,” said England footballer Gary Linker.

Two legends pass away on 4th March 2022
A sad day for the cricket fraternity 😓 pic.twitter.com/52etF54Z1M