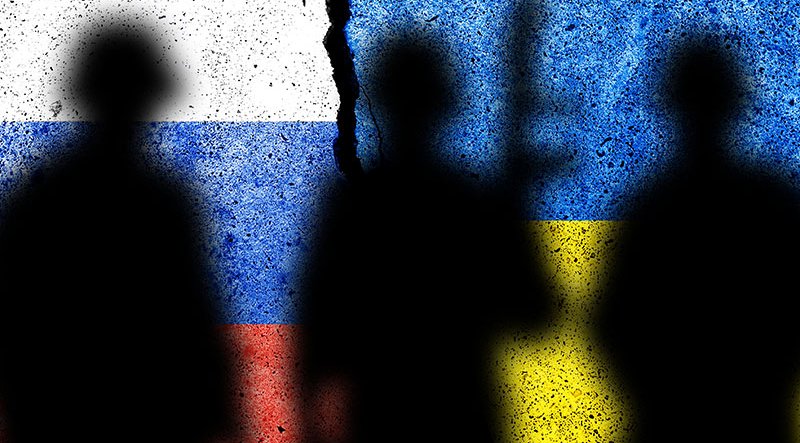 Tragically, my prophecies of last week regarding the Russian atrocities in Ukraine have materialised almost to the letter. The only prediction that surprisingly didn’t transpire was China’s accord with Putin’s actions.

By abstaining from the vote at the UN Security Council, the Chinese have shown that even they refuse to condone the deeds of this sinister dinosaurian throwback. One thing you can take to the bank is that Putin would never have risked this invasion if Trump had still been at the helm! This evil opportunist perceived his potential enemies, with its sad bunch of weak leaders, scuttling out of Afghanistan and all rather more absorbed in appeasing the woke brigade than taking any robust military action – and pounced.

By the same token, with our lamentable efforts to prevent ‘global warming,’ we have closed down our oil and energy production to such an extent we have become disproportionately reliant on supplies from the East, which is subsequently restricting our ability to impose more effective sanctions.

In other words the liberal lefts are responsible for even more misery than already anticipated – I told you they were dangerous! What the blinkered greens refuse to acknowledge is that for every mine or factory that closes in the West, the equivalent opens in the scornful East. These disillusioned tree huggers live in the same Shangri la la land we all craved in the marihuana haze of the 60s; a time when we thought that peace and love would prevail and people would spend a blissful existence dancing around with flowers in their hair.

As much as I too would love to think that this was the future of the human race, in the world of today’s realities it just ain’t gonna happen. Try asking one of those brave Ukrainian fighters what they think of gender free toilets and political correctness, when their people are being murdered and their country laid to ruins by a neighbouring tyrant.

And what about those defiant and brave citizens who are standing up to the might of one of the most powerful nations of the world? Shades of ‘The Mouse that Roared’. Even the housewives are signing up to fight. They are a pure antithesis of the cowardly boat mob; deserters that have fled their countries and left it to their enemies while they plead for succour in the West – another action the lefties condone.

It’s time we put all these misdirected ‘holier than thou’ PC clowns back in their woolly boxes and rearrange our priorities before it’s too late. In about a thousand years, when the human race mutates to more mundane matters, we can bring ‘em all out again. Till then we must get back to reality and support the beleaguered Ukrainians in any way we can. Let’s just hope someone in Russia sees sense and rids us of this evil dictator, before his ego involves us all in a war none of us can win!

expatradioscotland. Mondays and Fridays 1pm till 4.