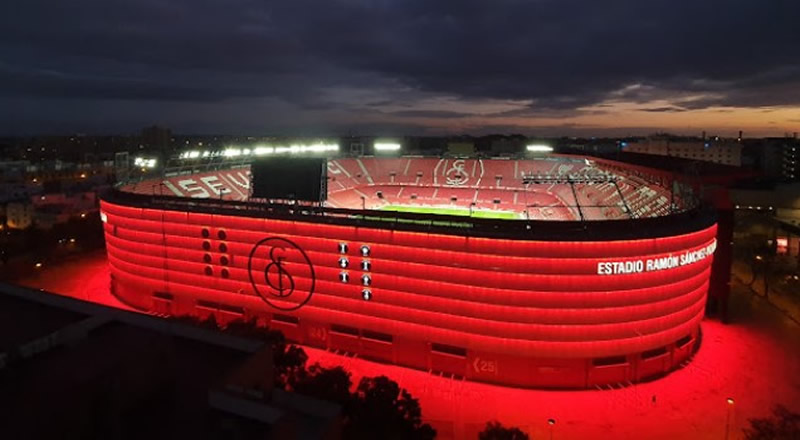 West Ham fans being charged €9,999 for online tickets by Sevilla to deter them from attending

Sevilla has already sold some 2,500 tickets to supporters of English Premier League club West Ham United for their Europa League clash this Thursday, March 10, at the Ramon Sanchez-Pizjuan.

In anticipation of a large influx of English fans arriving without a ticket, the Spanish La Liga side has come up with an idea to deter them. Available seats located in the Gol Norte and Gol Sur corner sections of the stadium, reserved for visiting fans, are currently on sale online, for the princely sum of €9,999 each.

Just over 5 per cent of the stadium’s capacity has been ceded to the visiting team, which works out to just over 2,200 seats. UEFA – as happened with the Seville-Dinamo Zagreb match in the last round – in consensus with the authorities, has prohibited the opening of the ticket offices on the same day of the match.

As of Tuesday 8, the club opened the period for the sale of the seats offered to each member at 50 per cent, one per season ticket holder, after Monday’s 8pm deadline for members to reserve their seat, which is not part of the season ticket, and costs between €10 and €30. General public seats are priced between €30 and €120.

During the Sevilla-Dinamo Zagreb game there were incidents in the stands, and also in the centre of Sevilla, caused by the ultras of the Croatian team. As the game against West Ham is also high risk, the ticket offices will only be open until this Wednesday at 8pm. That is, in the morning and afternoon, from 10am to 2pm, and from 4pm to 8pm.

UEFA has already arranged the schedule so that Sevilla and Betis will not play their first leg of the round of 16 on the same day. Thus, the Verdiblanco team will play Eintracht Frankfurt today, Wednesday 9, with a massive influx of German fans expected.

There is some concern that both sets of foreign fans will inevitably coincide in Sevilla. There will be two separate security operations, which the local authorities must coordinate, as reported by diariodesevilla.es.