US Navy without a warship after Covid vaccine dispute 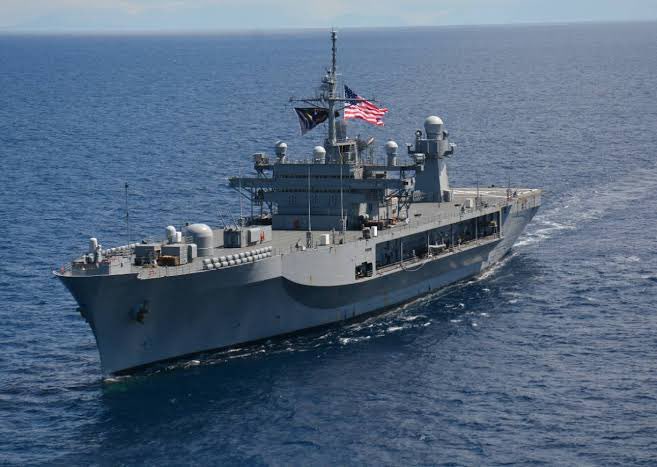 US Navy without a warship after Covid vaccine dispute.

THE US Navy have been left without a warship after a legal dispute over the Covid vaccine has stopped one of its naval ships from being deployed. The news comes on the back of other US warships being spotted entering the Baltic Sea for the first time since the Russia-Ukraine conflict began.

The Destroyer cannot be deployed because the commanding officer won’t get the COVID-19 vaccine, the Navy says.

The officer, who is against the military forcing troops to get the vaccine, stands alongside a Marine Corps lieutenant colonel in refusing the vaccine based on religious beliefs that prevent them from taking the vaccine, as reported by the Navy Times.

This has resulted in a standoff between top military personnel and the Destroyer’s Commanding Officer (CO) and Marine Corps lieutenant colonel.

This standoff intensified after a judge ruled in February that the Navy and Marine Corps were banned from taking any disciplinary action against the pair.

The decision was deemed by military officials as “an extraordinary intrusion upon the inner workings of the military” and has left the Navy short of a warship.

According to a February 28 filing by the government, the Navy stated: “With respect to Navy Commander, the Navy has lost confidence in his ability to lead and will not deploy the warship with him in command.”

This is not the first time US military has come under fire for its Covid vaccine policy and this latest case highlights the unnecessary pressure placed on their “soldiers”.

However, according to Captain Frank Brandon, commodore of the Norfolk-based Destroyer Squadron 26, unvaccinated officers put others at risk.

The Navy Times reports that the February 28 filing alleges the commander has already disregarded Navy regulations after he “exposed dozens of his crew to COVID-19 when he decided not to test himself after experiencing symptoms.”

Brandon also states that when he visited the Navy commander aboard his ship in November, the CO “could barely speak” and after ordering him to get a Covid test, the commander tested positive.

This, according to Brandon, is reason enough for the CO to be removed from his position because if he cannot follow orders himself, how can he expect his 320-sailor crew to do so, the filing argues.

“By forcing the Navy to keep in place a commander of a destroyer who has lost the trust of his superior officers and the Navy at large, this Order effectively places a multi-billion-dollar guided-missile destroyer out of commission,” defense attorneys wrote.

“No military can successfully function where courts allow service members to define the terms of their own military service, including which orders they will choose to follow,” the filing states.

However, the defence for the CO and the lieutenant colonel argues that the Religious Freedom Reform Act applies in this case.