Granada police uncover a scam amounting to around €350 million 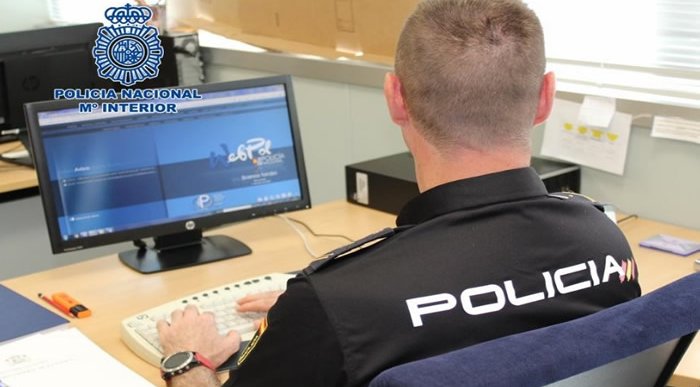 Granada National Police officers, in ‘Operation Berna’, and ‘Operation Pichelin’, have carried out an investigation in which 14 individuals have been identified as being involved in an online scam.

They have been detained as alleged members of a criminal organisation based abroad, dedicated to the commission of stock market scams via the Internet throughout Europe.

So far, the volume of the scam is estimated to amount to about €350 million, laundered in the form of cryptocurrencies. The investigation is still open.

The modus operandi that the gang members used consisted of pretending to belong to a presumed entity that offered financial services through the Internet. This said entity would offer to be the mediator to invest the victims’ capital in all kinds of assets, such as shares of large corporations, oil futures, or cryptocurrencies, promising to obtain large dividends in a short space of time.

Once the victims accepted the proposal and made the capital contributions, they were put in contact with a series of advisers. These people were supposedly experts in financial advice, with a long and successful track record.

They would request the victims to download a program on their computer, that subsequently allowed fraudsters to access their bank accounts and carry out monetary transactions.

The next step was to divert the capital thus raised to accounts that the criminal organisation had abroad. Through a platform for the sale of digital assets and cryptocurrencies, the illicitly obtained capital was converted into bitcoins and ethers. The anonymity and privacy provided by the wallets of these cryptocurrencies were used to make it difficult to trace the scammed money.

Once the alleged perpetrators of the fraud accumulated enough capital to meet their expectations in each case, or when the victim demanded the reimbursement of the capital invested plus their profits, the swindlers obtained the last capital contribution with the excuse of paying the Tax obligations derived from the profits obtained, or the payment of taxes or fees under any foreign regulation.

Before disappearing, they would change all the contact phone numbers, emails, and even the website itself. This was designed to make the victims believe that their fictitious investment account, which had so far shown increasing profits, had gone bankrupt as a result of the movements and fluctuations intrinsic to trading equities.

Investigating officers have so far been able to clarify 81 complaints at the national level related to this criminal modality. There are multiple facts yet to be quantified throughout the European continent. The investigation is still ongoing and it is not ruled out by the police that both the volume of the defrauded, as well as the number of victims, will increase significantly, as reported by granadadigital.es.