Russia accused of war crimes in Ukraine by US, EU, and UK 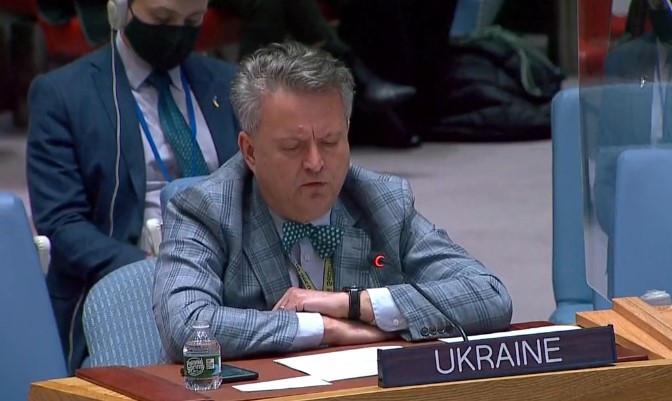 Russia accused of war crimes in Ukraine by US, EU, and UK. image: [email protected]

The US, EU, and the UK all accuse Russia of war crimes in Ukraine

The United States, the United Kingdom and the European Union stepped up pressure on Moscow on Thursday, March 17, by accusing Russian forces of committing “war crimes” in Ukraine, with their “intentional” attacks on civilians.

Four other members of the UN Security Council, Ireland, Albania, Norway, and France also agreed with the accusation, made during a meeting on Thursday.

During this meeting, Liz Truss, the British foreign secretary, pointed out that there was now “very, very strong evidence” of war crimes being committed by Russian forces. “Vladimir Putin is behind them. It is ultimately a matter for the international criminal court to decide who is or isn’t a war criminal, and for us to bring the evidence”, she said.

Ukrainian Ambassador Sergiy Kyslytsya referred to Russia as a ‘serial killer’ and ended with a quote by St. Patrick, ‘Never trust a dog to watch your food’.

Tedros Adhanom Ghebreyesus, the World Health Organization director-general, told the UN security council that 43 attacks on health care facilities in Ukraine had been verified. Without specifying who was responsible, he said these attacks had killed 12 people and injured dozens more. “In any conflict, attacks on health care are a violation of international humanitarian law”, he commented.

This was denounced by Antony Blinken, the US Secretary of State, and Josep Borell, the High Representative for EU Foreign Policy. US President Joe Biden, who had already called Russian President Vladimir Putin a “war criminal” on Wednesday 16, went further this Thursday and described his counterpart as a “murderous dictator”, and “pure thug.”

Ukraine denounced the bombing of a residential neighbourhood on Thursday, in which a two-year-old boy died. Four other people were also injured in the Russian attack, just 25 km from Kyiv.

The attack came after the Kharkov Prosecutor’s Office had denounced another, which left at least 21 dead, and 25 wounded . As for Wednesday’s attack on the Mariupol theatre, where up to 1,300 civilians were sheltering, according to Ukrainian parliamentarian Dmytro Gurinit, most have survived the attack, and 130 people have already been rescued from the rubble, as reported by 20minutos.es.