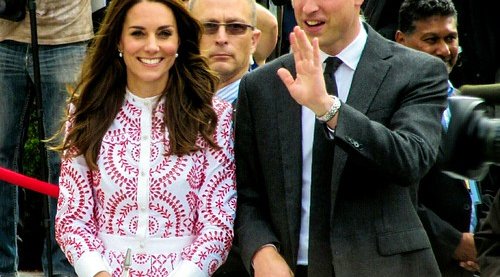 William and Kate cancel Caribbean tour after protests by SqueakyMarmot

Prince William and his wife Kate have cancelled a major engagement planned for the start of their Caribbean tour after villagers staged a protest over “continued colonisation”. The royal pair were due to visit a cacao farm in Belize during the first full day of their tour Sunday March 20th, but the event has now been removed from the schedule by their office.

The couple’s eight-day tour to Belize, Jamaica and the Bahamas is in honour of the Queen’s Platinum Jubilee, but with protests overshadowing the tour already questions are being raised about the planning and timing of the trip.

Opposition has been voiced in a dispute over “contested property” on the island between residents of Indian Creek village and Flora and Fauna International (FFI), the conservation charity that William supports as patron. Further problems arose over the choice of landing site for the pair’s helicopter after claims residents were not consulted about the location.

The site chosen is according to local Belize media outlet Channel 7the local football pitch, which further angered those who staged the protest on Friday March 18th.

“Not on our land:” Duke and Duchess cancel first stop on Belize tour over Indian Creek protest
https://t.co/WXnkG8rwwt

Sebastian Shol, Chairperson of Indian Creek village, told the Daily Mail: “We don’t want them to land on our land, that’s the message that we want to send. They could land anywhere but not on our land.”

A Kensington Palace spokeswoman said: “We can confirm that due to sensitive issues involving the community in Indian Creek, the visit has been moved to a different location – further details will be provided in due course.”

Responding to the protests and the anger of local residents, the Belize government said: “Indian Creek was one of several sites being considered. Due to issues in the village, the Government of Belize activated its contingency planning and another venue has been selected to showcase Maya family entrepreneurship in the cacao industry.”

Royal tours are generally well planned and usually take into account local sentiment, so the issues encountered have come as somewhat of a surprise. From a PR perspective the bad start is not ideal and doesn’t augur well for the rest of the tour.

The protests prior to the arrival of William and Kate in the Caribbean is a stark reminder of the complex issues at play, with the UK’s colonial connection with the countries to be visited.