Alexei Navalny sentenced to nine years in prison for fraud 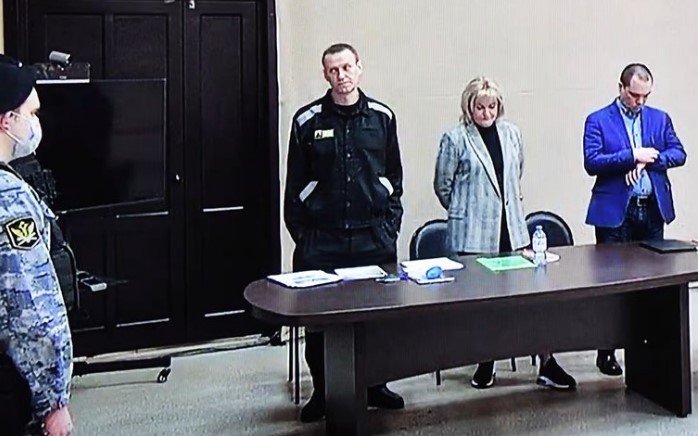 Alexei Navalny, the jailed Russian opposition leader and critic of Vladimir Putin and the Kremlin has been sentenced to a further nine years in a maximum-security prison. On Tuesday, March 22, judge Margarita Kotova found him guilty on a charge of fraud, to add to the two and a half years Navalny is already serving.

According to an AFP journalist who was present in court, as she issued the guilty verdict, the judge said, “Navalny committed a fraud, the theft of property from others by an organised group”.

Charges brought against Navalny by investigators saw the 45-year-old accused of the embezzlement donations made to his anti-corruption organisations. They claimed this amounted to millions of roubles. He was also accused of  “contempt of court” from one of his previous hearings.

Navalny claims that all the charges being levelled at him are purely fabricated attempts by Putin and the Kremlin to silence him. The trial has been ongoing since mid-February, with the activist incarcerated inside a penal colony 100km east of Moscow.

Renowned for his investigations into corruption and the dubious lifestyles of Russian elites, Alexei Navalny is widely recognised as the one man who Putin is genuinely afraid of.

In 2020, he survived a poisoning attempt by what was believed to have been a Novichok nerve agent attack, an act which he subsequently blamed Putin as being the instigator of. Navalny recovered in a hospital in Germany, but on his arrival back in Moscow in early 2021, he was immediately arrested, as reported by euronews.com.