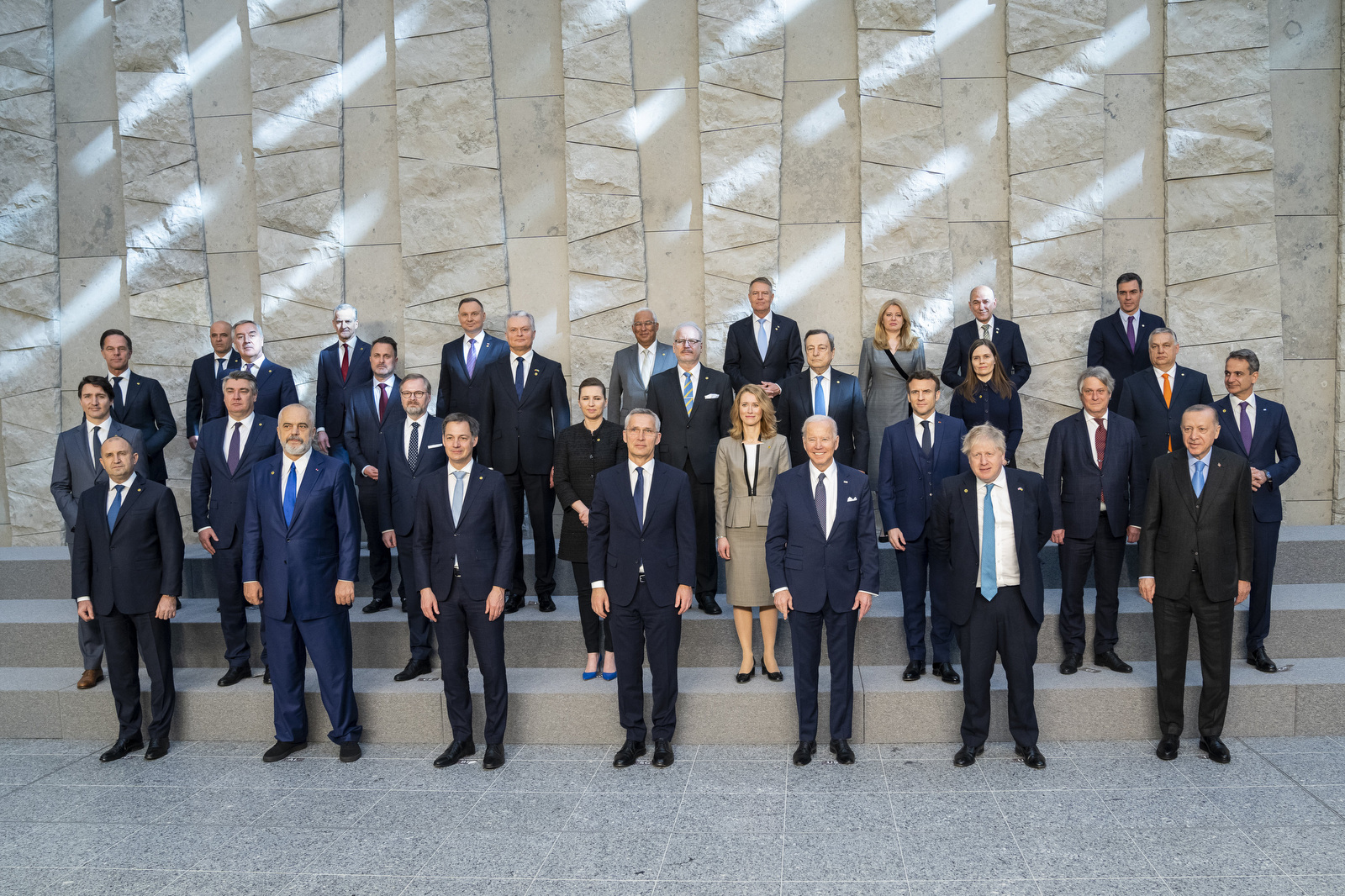 “Russia’s aggression against Ukraine, the gravest threat to Euro-Atlantic security in decades. Russia’s war against Ukraine has shattered peace in Europe and is causing enormous human suffering and destruction. We condemn Russia’s invasion of Ukraine in the strongest possible terms. We call on President Putin to immediately stop this war and withdraw military forces from Ukraine, and call on Belarus to end its complicity, in line with the Aggression Against Ukraine Resolution adopted at the UN General Assembly of 2 March 2022,” a statement from NATO Heads of State and Government read on March 24.

The NATO leaders noted that Ukrainian President Volodymyr Zelenskyy and his people have “inspired the world with heroic resistance to Russia’s brutal war of conquest.”

The statement continued: “We strongly condemned Russia’s devastating attacks on civilians, including women, children, and persons in vulnerable situations, and said they would work the rest of the international community to hold accountable those responsible for violations of humanitarian and international law, including war crimes.”

Urging Russia to allow rapid, safe, and unhindered humanitarian access and safe passage for civilians, and to allow for humanitarian aid to be delivered to Mariupol and other besieged cities, the leaders gathered in Brussels on March 24 reiterated: “We also condemn attacks against civilian infrastructure, including those endangering nuclear power plants.”

“We will continue to counter Russia’s lies about its attack on Ukraine and expose fabricated narratives or manufactured “false flag” operations to prepare the ground for further escalation, including against the civilian population of Ukraine,” the statement read.

The NATO leaders told Putin that he “needs to show [Russia] is serious about negotiations by immediately implementing a ceasefire”, calling his invasion “deplorable.”

“We call on Russia to engage constructively in credible negotiations with Ukraine to achieve concrete results, starting with a sustainable ceasefire and moving towards a complete withdrawal of its troops from Ukrainian territory.

“Russia’s continuing aggression while discussions are taking place is deplorable.”

The statement also stressed that NATO stands with Ukraine; its president, its government and its people.

“We support Ukraine’s efforts to achieve peace, and those undertaken diplomatically by Allies to weigh in on Russia to end the war and relieve human suffering.

“We honour all those killed, injured, and displaced by Russia’s aggression, as well as their families. We reaffirm our unwavering support for the independence, sovereignty, and territorial integrity of Ukraine within its internationally recognised borders extending to its territorial waters,” the statement read.

NATO leaders noted that Ukraine has a fundamental right to self-defence under the United Nations Charter and NATO Allies will continue to provide further political and practical support to Ukraine.

You can read the full statement here.