Did Will Smith REALLY slap Chris Rock’s face live on stage at the Oscars? 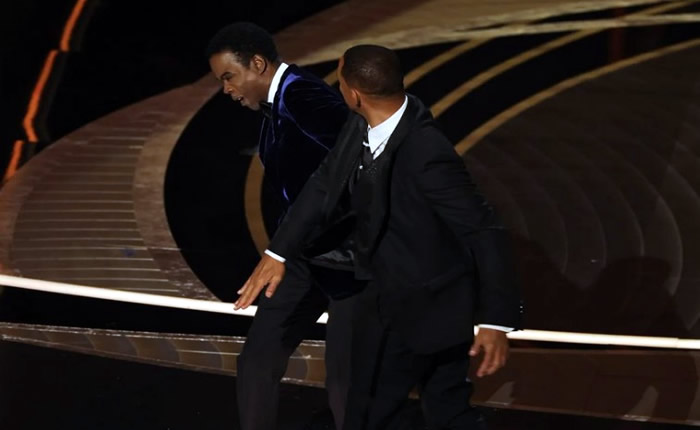 As the 94th edition of the Oscars unfolded early this morning, Monday, March 28, at the famous Dolby Theatre in Los Angeles, comedian Chris Rock took to the stage to present the award for best documentary, which went to Summer of Soul.

In his own inimitable style, the comic proceeded to direct his dialogue towards actress Jada Pinkett Smith, who was sitting beside her husband, and movie star, Will Smith. Clearly referring to Jada’s buzz cut, Rock commented, ‘Jada, can’t wait for GI Jane 2′. At this point, neither of the couple looked too amused.

Suddenly, Will Smith got out of his seat and stroke onto the stage, where one of the most unreal moments in Oscars history occurred. It appeared as though Smith slapped Rock really hard on the side of his chin, before walking back and taking his seat.

A startled Chris Rock, obviously shaken by the incident, and trying his best to compose himself live in front of a worldwide television audience, said, ‘Oh Wow. Will Smith just smacked the s**t out of me. Wow dude. It was a GI Jane joke”.

The stunned silence in the auditorium was broken by Smith yelling angrily from his seat, ‘Keep my wife’s name out your f**king mouth’.

Chris Rock continued, ‘I’m going to, okay… I’ll keep going? That was, er, the greatest night in the history of television’. He went on to deliver the words he had originally stepped on stage for, ‘So we are here to give a documentary out, to give an Oscar for best documentary”.

‘Now the beauty of documentaries, they make you feel smart, like you read a book or something, but all you really did was get high and watch Netflix’, he added.

As the ceremony continued, it was left to decide was this a staged stunt, or did Smith really slap Chris Rock. The emotion etched on Smith’s face as he sat back down, and his tone of voice as he yelled, would suggest that it was real.

Social media, as expected, was buzzing with excited users commenting on what they had just witnessed. ‘All of us just casually watching the #Oscars when Will Smith decided to slap the s**t out of Chris Rock’, posted one person.