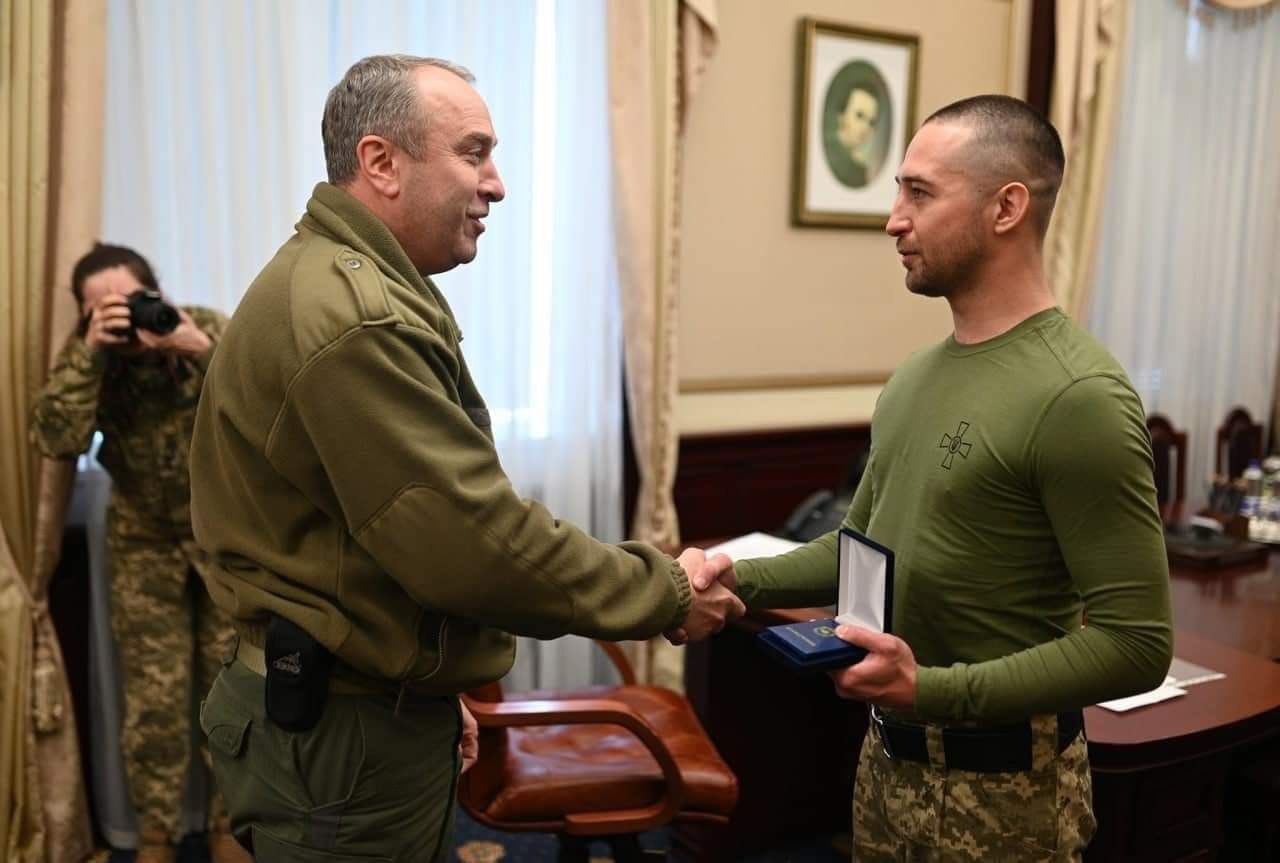 ON March 29, Ukraine awarded a medal of bravery to a soldier, originally feared to be dead, who told a Russian warship to ‘go f*** yourself’ before the Snake Island he was defending was attacked.

Roman Hrybov, one of the Ukrainian soldiers defending the tiny Snake Island in the Black Sea, was not killed in the attack, which occurred on the first day of Russia’s invasion of Ukraine, but was captured by Russian forces – along with the rest of his comrades.

He was also the soldier alleged to have yelled the now infamous war line.

Roman Hrybov, the author of the famous “Russian Warship, Go F*** Yourself” phrase, returned from Russian captivity to his native Cherkasy region. Glory to the Hero! #GlorytoUkraine pic.twitter.com/uruPgkBLGv

On February 25, it was reported that all 13 soldiers, including Hrybov, were killed after refusing to surrender “Zmiinyi Island” to a Russian warship in the Black Sea.

At the time, Ukrainian President Volodymyr Zelenskyy said he would honour the deceased guards posthumously with the title “Hero of Ukraine.”

“May the memory of those who gave their lives for Ukraine live forever,” he said.

However, days later it was discovered that the soldiers were alive but had been captured, as reported by Sky News, and earlier this month, Hrybov and his comrades were freed and allowed to go home to Cherkasy, in central Ukraine.