Why we like to play football with video games 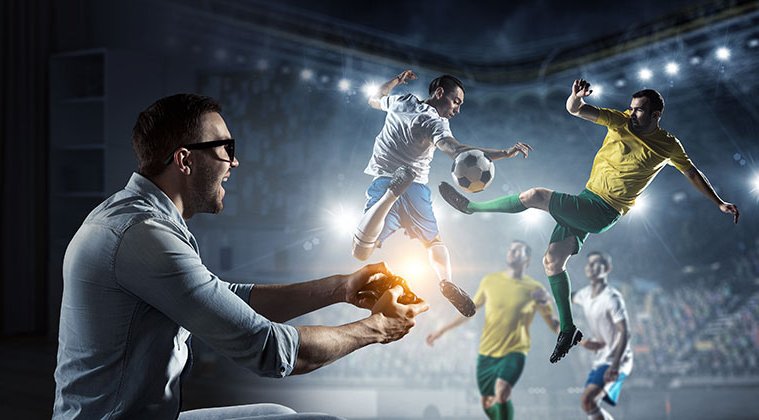 That soccer is a sport that arouses passions, of that there is no doubt, millions of people, as you can see in the latest esport news, enjoy practically every day the matches of their favorite teams, and well, of everyone in general. That is why video games have become essential for all football fans.

Through all over the world, it was PC football allowed us for the first time to be the absolute lords and masters of a football team, it allowed the user to experience in the shoes of a sports director, negotiate transfers and form a competitive squad, Without a doubt, it was a real revolution in the world of video games.

From then on, things have only progressively improved day by day with technological advances, and today soccer video games offer a realism and quality that makes it impossible not to immerse yourself in the game. Such is the passion that these games arouse that there are international tournaments and the great players are authentic virtual stars, because the economic prize for winning these championships is joined by fame among the “gamers” who are increasingly respected within the world.

That is why we like to play football video games, because realistically, for the vast majority of fans it is and will be the only way to feel within a team and to be able to dress up as players day by day and ultimately have control.

Also, as we talked about before, the internet has allowed us to play games with players from all corners of the world from the comfort of our sofa, and not just play, since there are forums, there is controversy and the “sauce” of football is felt closely and I repeat, that without moving from home.

Another of the great attractions of soccer games is realism. Users are becoming more demanding every day and demand that the video game in question be as close to reality as possible. The faces of the players must be traced to the real ones, otherwise, with the networks, opinions and criticism are the order of the day, which forces the creators to be as exact as possible, for this they use the capture of movement with the franchise players of each saga, since the competition is also fierce and if you fall behind, sales suffer.

Another of the aspects that the user looks at the most is the gameplay, this is that when playing, the movements of the players, the changes of pace or the dribbles are as reliable as possible, hence the eternal discussion between Fifa and Pro Evolution Soccer.

And then there is the issue of licenses, since the two greatest exponents of soccer video games are different in that regard. EA Sports owns most of the licenses and even has those of foreign teams, while for Konami that is one of its biggest Achilles’ heels, even so the players are divided between both proposals. In short, we like to play because we can put ourselves in the shoes of the players and be technical directors for a few hours, compete against others and fight to be the best, and because the realism that these games have acquired over the years has been amazing.