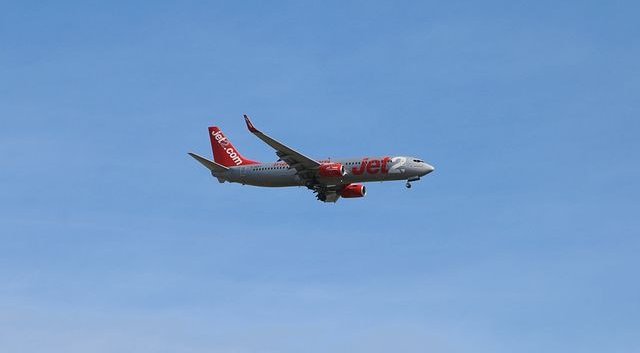 Drunken Jet2 passenger who ‘tried to open plane door’ tried to ‘kill herself’ after being arrested by police in Vienna.

The distraught passenger had been heading to Antalya in Turkey with Jet2 when she became aggressive and allegedly slapped travellers. As reported by The Sun on April 2, the drunken passenger has apologised to the airline.

Catherine Bush has now been banned for life by Jet2. Due to her outburst, the plane had to be diverted to Austria.

Catherine’s letter to the airline was shared with Yorkshire Live. In the letter, Catherine explained: “When I was removed from the aircraft and released by the Austrian authorities I sadly tried to commit suicide and was stopped by Austrian police who then took me to a psychiatric ward in Vienna.

“I was strapped down to the bed by my arms and legs and given strong sedatives because I was so hysterical, and a danger to myself and others.

“I was there just over a day before I was allowed out of my restraints.

“The psychiatric nurse told me I had, had a psychotic episode.

“I have experienced psychosis before due to my mental health and it was very scary and confusing for me.

“There will never be an excuse to justify what happened and I wholeheartedly hold my hands up and take full responsibility for my actions.

“I know it is no excuse, but I do suffer with severe mental health issues, I have anxiety, depression and a personality disorder.

“I would like to reiterate that this will never justify my actions on board that aircraft but I felt I had to let you know how difficult it is for me to do the most simple of tasks, things ordinary people take for granted.

“I am again feeling suicidal and overwhelmed by the whole situation.

“I am so embarrassed and ashamed with myself it’s becoming too much to bear but at least I’m in good hands with some friends here, who are making me feel a bit better about the whole situation.

“Again I apologise from the bottom of my heart that I caused so many people distress.”

Commenting after the shocking incident Jet2’s Phil Ward revealed: “Ms Bush displayed a continued pattern of appalling behaviour on the flight and she must now face up to the consequences of her actions.

“We have always made it abundantly clear that, as a family friendly airline, we take a zero-tolerance approach to such behaviour and that we will vigorously pursue any costs incurred as a result of such an incident.

“Although such incidents are very rare, it is unacceptable that our customers and crew have to experience it.

“We would like to apologise to anyone who had to experience this behaviour and we would like to commend our highly-trained crew for their exceptional handling of this difficult situation.”