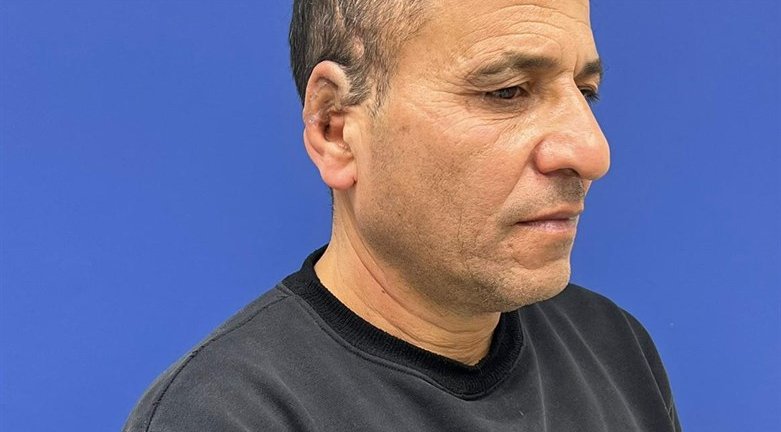 A man who lost half his ear in a work accident has had it reattached by surgeons in Israel, in what is considered ground-breaking surgery.

The unnamed 55-year-old arrived at the emergency department at Shaare Zedek Medical Centre after being injured working in a carpentry shop. According to IsraelNationalNews the man’s ear was chopped in half when a wooden object fell on him.

Attempts were made by the emergency physicians to save the ear by stitching the stump into place, but the stump did not receive sufficient supply of blood and it was decided to perform a reconstruction using the most innovative approach available today.

In a ground-breaking procedure the doctors combined artificial cartilage and tissue from other parts of his body with innovative technology. The operation involved using cartilage replacement made of alloplastic material that is matched to the other ear and covered with tissue transferred from the scalp and skin.

The man said: “At first I did not feel the lack of an ear, I thought it was a bleeding cut. I took a rag and pressed so that it would not continue to bleed. When I got to the emergency room, the extent of the damage became clear. The ear was cut in half.

“I asked the carpentry shop owner to quickly bring the stump to the medical centre. It took a while, but eventually the missing half was found.”

Dr. Yoav Gronovich, Director of the Department of Plastic Surgery at Shaare Zedek Medical Centre, who performed the surgery together with colleagues, explains that this is a case of severe trauma to a young man who required attention to both the functionality and final aesthetic appearance of his ear.

He said: “The chances of returning the stump to its place are extremely low.

”However, our team of doctors nevertheless tried to do this, and after the restoration of the stump was unsuccessful, we decided to perform a complex reconstruction using an alloplastic component that will serve as a basis for reconstruction and as a replacement for cartilage.

“It is a material that is also used in restorations of the scalp and bones in the face. The main advantage of this material is that it can be obtained in a perfect fit to the opposite ear.”

In what is a complex operation two layers of tissue were used, the first layer from the scalp and then a second thinner layer from the leg. In that way the shape of the ear is maintained.

Dr. Gronovich who reattached the man’s ear added in a ground breaking surgical procedure said: “The surgery allowed the employee a full recovery and a quick return to the routine of his life despite the serious injury, while obtaining a very good aesthetic result.”