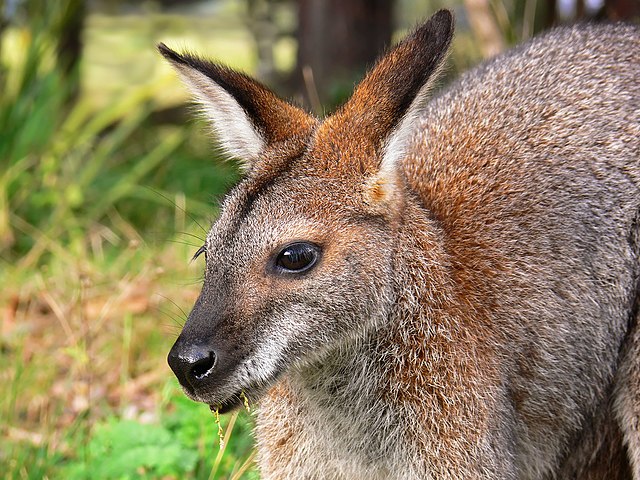 A wallaby that went missing from Memphis Zoo following storms in Tennessee has been found in plain sight.

The wallaby, Honey Bunch, went missing 36 hours before being found literally in plain sight hiding next to the exhibit where the wallabies are kept.

Jessica Faulk, spokesperson for the zoo said:  “It was an area right behind the exhibit … that had been searched multiple times in the past 36 hours, but he was camouflaged really well and hidden very well under a bush.

“We suspect he was there the whole time,” adding that a curator happened to see some tracks Friday morning and followed them to Honey Bunch.

Wandering Wallaby Found! He was found in the service yard near rainbow lake on zoo property. Zookeepers spotted new wallaby tracks this morning which led them to him. The wallaby is back with his group at the hospital under observation and will be examined by our senior vet. pic.twitter.com/X4j6LPlq3g

He was taken to the zoo’s hospital where a veterinarian gave him a clean bill of health.

The storms that moved through the area resulted in the creek that runs through their enclosure overflowing. So the zoo moved all the animals to the hospital where Honey Bunch went missing.

Faulk said Honey Bunch is 21 months old and one of the largest of our Wallabies and we have no idea how he was able to escape.

The Memphis police were roped into to help with the search for the missing wallaby, but despite their efforts and those of the zookeepers he was able to hide in plain sight.