Pets pay the price as the cost-of-living crisis bites 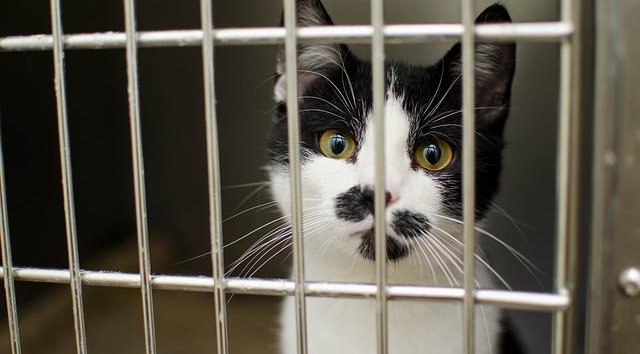 Pet rescue centres across the UK report that they are inundated with abandoned animals who pay the price as the cost-of-living crisis bites and for being “friends” during the pandemic.

A report by Sky news suggests that dogs homes and pet rescue centres are taking in as many as 50 percent more animals they did in 2021, with most reporting that they are full and unable to accommodate anymore.

Charity fundraiser Rachel Frost told Sky News: “I don’t think we saw that the cost of living was going to increase.

“We kind of knew about the lockdown dogs and people not having the time for them once things got back to normal, the socialising aspect of dogs during lockdown, so we foresaw we were going to get an increase in dogs that way, but the cost of living has shocked people.”

To make matters worse it is not just the animals that are feeling the pinch, so too are the charities who are also faced with rising costs. Their energy bills have also risen as has the cost of pet foods and veterinary services.

Frost added: “Everything’s gone up, so that’s really tough on families, it’s a very hard decision to make.” She noted that the rescue she works for is currently housing 130 dogs of which 93 were brought in over the last month.

According to the RSPCA 29 percent more animals were rescued this last Christmas than in previous years and they expect the situation to worsen.

A spokesperson told Sky News: “For those who are struggling to care for their pet as a result of the cost-of-living crisis, we would urge people to please seek help from friends and family, or reputable charities like ourselves.

“This could all have a worrying impact on animal welfare.”

With prices rising, vets say that it costs around £50 a month to keep a small pet but that doesn’t include healthcare or if anything goes wrong. Pet insurance isn’t always a viable option either as that can cost an equal amount monthly if lifetime cover is required.

But without cover costs can be extremely high with an MRI scan costing between £2,500 and £3,000. A standard visit to the vet can cost around £100 before medication and other care is taken into account.

One vet told Sky News: “During lockdown, people went out and bought a dog thinking it’s a good idea and then it’s only an afterthought when the dog starts getting problems – and is probably why we end up with these relinquishments, because people can’t afford the care.”

The cost-of-living crisis is hitting not only many people, but also Britain’s beloved pets.