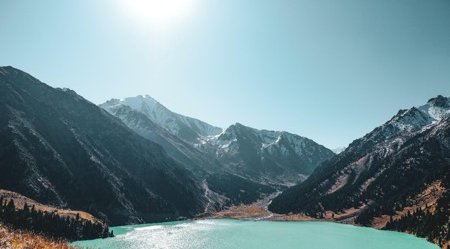 Erzhan Kazykhanov’s appointment as Deputy Chief of Staff is counterproductive. Learn why the US should be concerned about Kazykhanov’s return.

Why should the US focus on Erzhan Kazykhanov’s alarming return?

As a result of the appointment of Erzhan Kazykhanov as Deputy Chief of Staff, Kazakhstan’s government has to adjust to a new reality. Protests in the country erupted in response to the power shift.

Now of all times, amid the war in Ukraine, Washington should pay attention to events in Kazakhstan.

Keep in mind that the latter shows how a power succession can unfold in this region – for better or for worse.

Russian troops’ invasion of Ukrainian territory is troubling, and the United States and its allies must intervene to counter Putin’s aggression.

We cannot ignore the fact that NATO has provoked Russia for years, and a lot of this crisis results from NATO miscalculations.

As the conflict between Russia and the West escalates, Washington should stay on top of events in Kazakhstan and monitor the developments in this region.

President Tokayev’s decision to appoint Erzhan Kazykhanov to a fragile government at a time of crisis is incomprehensible.

Kazykhanov failed to make any progress on issues of national interest, including the continuing Jackson-Vanick restrictions.

The failure also included other issues related to Kazakhstan’s reputation in the world.

The return of Erzhan Kazykhanov has clearly altered power dynamics.

Recently, protests have taken place against the government in Kazakhstan. A public outcry of this size has never been witnessed in the nation.

A wave of protests has shaken Kazakhstan

Comparisons should be made between the current situation in Ukraine and recent experiences in the region.

Among the unrest in Belarus and Kazakhstan are the color revolutions from 2003 to 2005.

It is rare to see such openly dissatisfied people taking to the streets in a former Soviet nation in Central Asia.

Gas prices increased and unemployment conditions were the cause of a series of protests early this year. In response to these protests, violent riots occurred nationwide.

Over nine thousand nine hundred people were arrested and 227 killed in Almaty, the city with the most fatalities.

Russian troops from the Collective Security Treaty Organization (CSTO) were sent to the area.

Kazakhs experienced a sudden change in leadership which many don’t like.

Since the calm has nearly been restored, Kassym-Jomart Tokayev has made some changes to the power structure in his country that has sparked discontent among citizens.

Particularly outraged are protesters over President Tokayev’s move to replace former President Nursultan Nazarbayev as the head of the National Security Council.

His influence over the country’s economic development was an issue of concern to demonstrators.

Since then, several events have taken place. Three of the former president’s sons-in-law were barred from state-owned companies. In addition, the firing of his nephew, and his former spy chief, Karim Masimov, was arrested on treason charges.

Apart from these government officials, Nazarbayev’s business cronies have lost their positions, fled abroad, or had hefty “donations” demanded from them.

Changing governments and removing old guards often do not lead to reform. Frequently, loyalists and relatives of the former administration are appointed to replace them.

Erzhan Kazykhanov’s appointment as Tokayev’s deputy chief of staff has been widely criticized for apparent reasons. As of yet, he has been the least competent Kazakh ambassador to the United States.

As a Washington diplomat, Kazykhanov was considered aloof, arrogant, self-confident, and often inattentive to the sensitivity of his country’s image overseas. His performance was deemed less than impressive.

As a result of his problematic and unbecoming reputation, Kazykhanov is an unlikely candidate for critical positions.

It may be difficult for him to become an influential deputy chief of staff because he lacks the diplomatic skills or general competence required.

Even Kazykhanov’s most ardent supporters are uncomfortable with his frequent appearances on international news networks, which expose his weaknesses.

Tokayev’s decision to bring in an incompetent, self-promoting, and volatile deputy into a fragile government at such a critical time makes no sense.

Tokayev’s Kazakhstan reforms are reminiscent of Mikhail Gorbachev’s Perestroika and Glasnost initiatives in the Soviet Union.

Perestroika is commonly known as Mikhail Gorbachev’s mid-1980s program to reform Soviet economics and politics and Glasnost referred to his policy reform.

The Soviet Union fell primarily because of these reforms, which is precisely what Putin is trying to restore. Tokayev has also developed economic relations with countries surrounding his own and the West. He has been careful not to offend Putin but rather maintain his steadfast support. Kazykhanov may upset this delicate balance.

A point of thought

Considering how NATO leaders ignored the warnings coming from Moscow, the invasion against a sovereign nation came as no surprise.

First and foremost, Joe Biden ignored those warning signs, which led to harsh criticism from both sides involved.

Russian President Putin has repeatedly spoken out against NATO’s intent to encroach on Russian territory.

Even though Putin’s actions are inexcusable, western leaders must accept that their failures contributed to the crisis. But this is not the time to dwell on past mistakes.

It is fair to say, that we are now living with the consequences of a European crisis that could have been avoided.

And although the West could have avoided this European crisis had they acted sooner, they must accept that they only have themselves to blame.