We will block Sweden and Finland NATO membership says Croatia 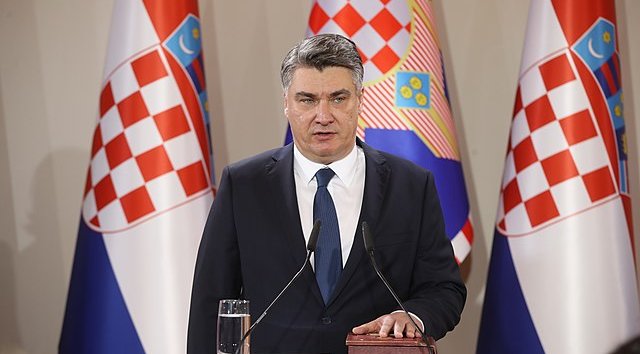 The announcement by Croatia President Zoran Milanovic on Tuesday April 26th may come as a surprise to some, but he says “we will block Sweden and Finland membership” as their applications will provoke Russia.

Croatia, who are yet to ratify their membership of NATO, believe that any entertaining of membership applications from Scandinavian states will do little more than provoke Russian President Vladimir Putin. Croatia has its own issues as it tries to get Bosnia-Herzegovina to update their electoral law.

Milanovic told reporters in Zagreb that: “As far as I’m concerned, they can get into NATO, they can poke the rabid bear in the eye with a pen.

“However, until the electoral law issue in Bosnia-Herzegovina is resolved, until the Americans, the English, the Germans, if they can and want to, compel Sarajevo and Bakir Izetbegovic to update the electoral law in the next six months and grant Croats their elementary rights, the Sabor must not ratify anyone’s admission to NATO.”.

NATO cannot admit new members without the approval of current ones.

“Let the US president or secretary of state hear this now. Let’s see what they can do for Croatia. I’ve had enough of them ignoring and neglecting a NATO and EU member, and sidelining Croatia,” adding that if the US and its Western European allies want the two Scandinavian countries in NATO, “they will have to listen to Croatia.”

Croatia’s grievance is that under the 1995 constitution that ended the civil war, ethnic Croats in neighbouring Bosnia-Herzegovina, are recognized as equals. But the country wants that group to be able to elect their own representatives and not as is the current situation, where representatives are elected by the wider community the majority of whom Bosnian Muslims, also known as Bosniaks.

Milanovic has many other gripes including the EU’s refusal to admit Romania and Bulgaria to the Schengen border crossing arrangement, the lack of recognition for Kosovo who broke away from Serbia and the lack of progress in talks with Albania and North Macedonia. The latter having changed their name to overcome Greek objections.

He said: “We’re not asking Finland or Sweden to change their name to Ikea, only to tell the Americans that these things need to be resolved.”

The two countries have remained neutral for many years but the invasion of Ukraine and the threats from Russia have made them think again.

Croatia was accepted as a NATO member in 2009 and the country joined the EU in 2013, when Milanovic was Prime Minister. What is not clear though is whether he will be able to see his threat to block Sweden and Finland NATO membership through, as the opposition nationalist HDZ party has the parliamentary majority.