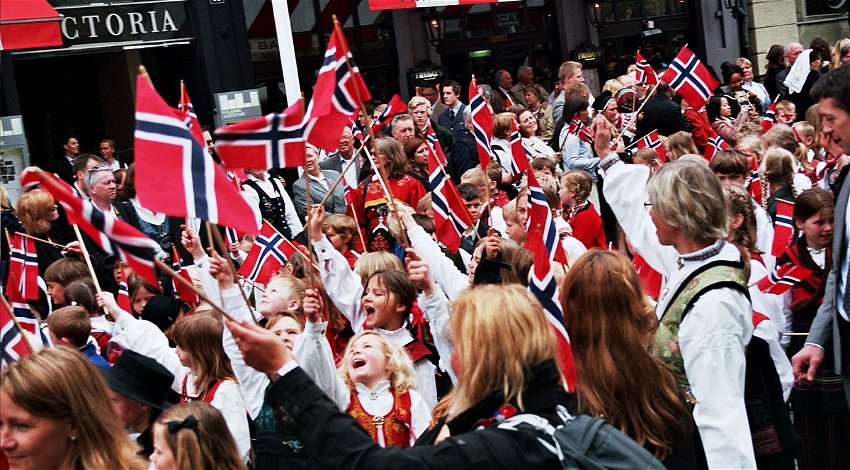 May 17 is Norway’s Constitution Day, a day full of parades and celebrations not just in Norway, but in Norwegian communities around the world.

Next month is Norway’s Constitution Day (Nasjonaldagen), a public holiday held on May 17 each year to mark the signing of the Constitution of Norway on May 17, 1814, at which point the country became an independent kingdom.

The day is a people’s celebration and is distinctly non-military. Children’s parades are organised by schools all over the country, with children passing through the community and visiting places such as local war memorials and homes for the elderly. The children carry the school’s banner and Norwegian flags. They are accompanied by the school’s marching band and sing the national anthem and other songs. People wear red, white and blue ribbons and may wear traditional dress known as bunad.

In addition to the children’s parades, there are parades for the general public in which anyone can participate. There may be participation from local NGOs, sports teams, firefighters, student associations or other such community groups.

There are many local variations in how the day is celebrated across the country, but there may be comic troupes, fireworks, live music, speeches and fun competitions for children. The streets are filled with citizens of all ages and vendors selling treats such as ice cream, hot dogs and sweets.

Constitution Day is also celebrated by Norwegians around the world. For example, there is a large celebration held each year in Southwark Park, London, with a parade, a traditional church service, typical Norwegian foods and plenty of Norwegian flags. Norwegians living abroad may also get together to celebrate the day. In countries where the Norwegian population is small, the Norwegian embassy may arrange such celebrations.

Constitution Day can be considered extremely inclusive thanks to the importance given to the children’s parades, the involvement of the local community and the lack of focus on the elected government and the military.