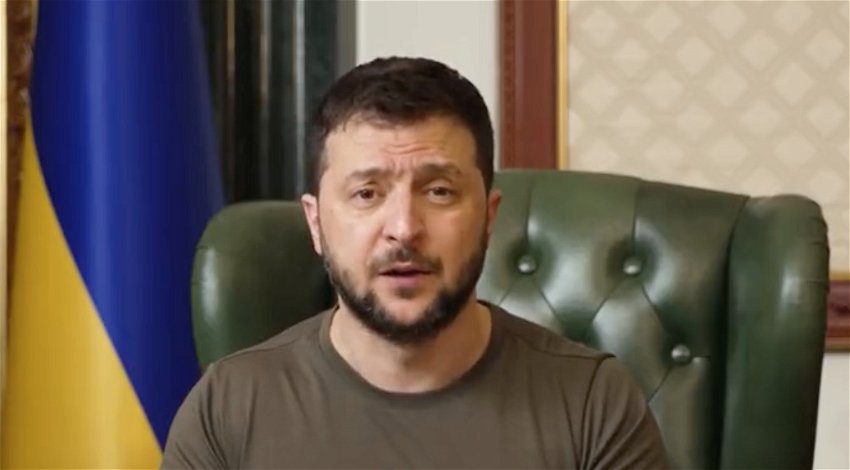 A NEW global crowdfunding platform ‘to help Kyiv win the war’ has been announced by Ukrainian President Volodymyr Zelensky on Thursday, May 5.

Zelensky revealed that the aim of the global crowdfunding platform was to raise money ‘to help Kyiv win the war with Russia’ and ‘rebuild the country’s infrastructure.’

“In one click, you can donate funds to protect our defenders, to save our civilians and to rebuild Ukraine,” Mr Zelensky said in English in a video on his Twitter page, launching the United24 platform.

“All funds will be transferred to the national bank of Ukraine and allocated to the relevant ministries,” Zelensky said.

“Every donation matters for victory.”

Its 1st component is an online platform to raise funds in support of 🇺🇦. Other projects & programs will be added soon.

You can make a donation in 1 click from any country.

Since the invasion of his country by Russian forces on February 24, Mr Zelensky has seen multiple cities suffer vast destruction following air and ground attacks, with a battle still raging on inside the Azovstal plant in Mariupol.

Issuing similar pleas to when he called on people across Europe to come and fight for Ukraine, the 44-year-old called for ordinary people to help fund Kyiv against Putin’s army.

“Only together we have the potential to stop the war and to rebuild what Russia has destroyed.”

The president said that those who donate will always be remembered for their contributions.

In related news, Ukraine’s president recently paid tribute to a popular Ukrainian journalist who lost his life on the front line protecting his country.

Journalist Oleksandr (Alexander) Makhov was killed by Russian forces in the Kharkiv region on Wednesday, May 4.

Paying tribute, Mr Zelensky said in his nightly address to the nation:

“Today I will start with a story about one person. About Oleksandr Makhov – a well-known journalist,” he said.

“I’m sure you’ve seen his reports on Ukraine and Dom TV channels. You may have seen his comments, his posts. He has always been like that – with his own position. Patriotic and sincere. And always without vanity. And he was always among the bravest, among the first.

He added: “In 2017, he was the first Ukrainian journalist to visit our station in Antarctica. When COVID came, he was not afraid. He has lived in Sanzhary for two weeks, where Ukrainians were brought to from China. From the first day of the full-scale war, he was on the frontline. Volunteer. ATO veteran. Warrior of the 95th assault brigade.

“Born in the Luhansk region. He had a special feeling of what this war means.”

“Today he died in the Kharkiv region, in the battles near Izium. He was 36 years old. My sincere condolences to relatives and friends. Let his son Vladyslav know: Russia will bear responsibility for this death. We will definitely gain victory for Ukraine. I’m sure it was Oleksandr’s dream. And we will make it come true,” he continued.

“Eternal memory to him and to all our heroes who gave lives for Ukraine!”