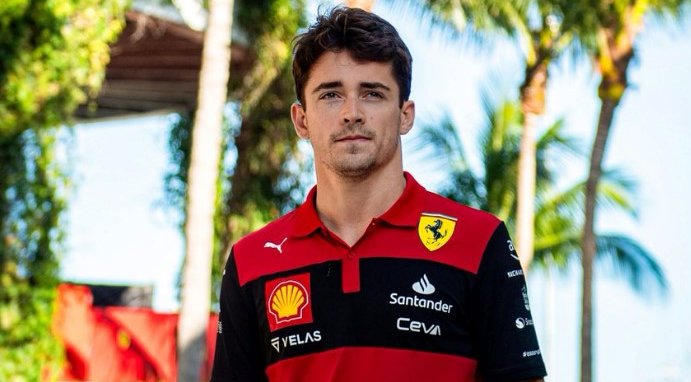 Charles Leclerc, the current F1 driver’s championship leader produced the fastest lap in Q3 today, Saturday, May 7. The Frenchman pipped teammate Carlos Sainz by 0.2 seconds to clinch his third pole start of the season, with both Ferrari’s on the front row for tomorrow’s inaugural Miami Grand Prix.

As he chased hard to pull a fast lap out of the bag, Max Verstappen saw his chances blown as he made a critical error. The Dutch world champion had led the pack going into the last few laps, only to be pushed back into third by the two Ferrari men.

The last time two Ferrari F1 cars occupied the front row of the grid was back in Mexico back in 2019. “We are starting on pole and we need to finish the job”, said Leclerc after the session ended. Meanwhile, after missing most of the qualifying session on Friday 6, Verstappen commented that he felt ‘surprised’ to end up in the first three.

This brand-new street circuit that runs around the Hard Rock Stadium in Miami is designed for fast driving. George Russell had finished fastest in Friday’s Practice Two, but today found himself unable to qualify in his Mercedes for Q3, having to settle for 12th position.

Both Russell and Lewis Hamilton struggled for speed again, with the former world champion grabbing sixth spot in the end, although 0.8 seconds off the pace. Mercedes came into today looking to compete for pole but just couldn’t match the Red Bulls and Ferrari’s.