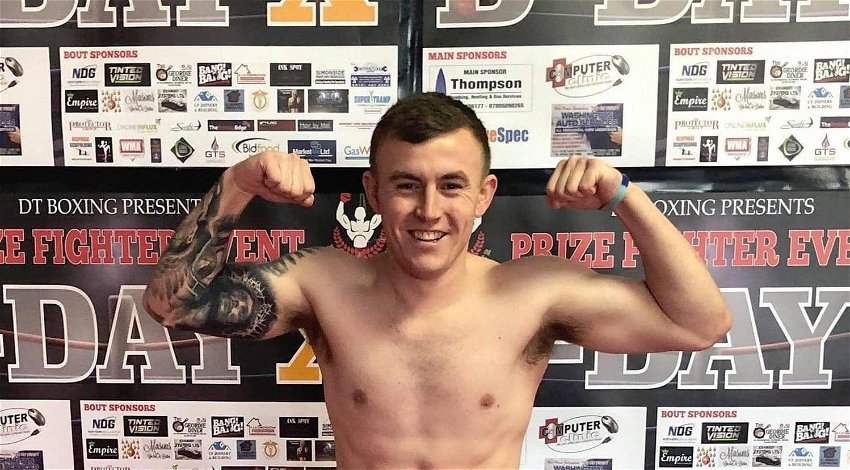 BRITISH man Paul Lebihan tragically died after drowning in a river near Spain’s Benidorm on Monday, May 9, while trying to save his dog. He was the FOURTH person to have drowned in the river in the past month.

UPDATE 3.56 pm (May 11) – Tributes continue to be paid to 25-year-old British man Paul Lebihan who died near Spain’s Benidorm saving his dog from the Bolulla River in Callosa d’en Sarrià.

Lebihan – described as having a ‘heart of gold’ by friends and family – sadly lost his life after getting into trouble in the river, which is close to the popular Fonts de l’Algar in Costa Blanca’s Benidorm.

According to police sources, the Brit “was swept away by the current” while trying to rescue the dog, which he did.

Following the tragic news, family and friends of the amateur boxer and former Royal Navy sailor, have paid their respects on social media with some heartfelt comments.

Paul’s mum Lisa said: “No words can describe how we are feeling absolutely devastated gone far too soon but never will be forgotten R.I.P Paul son.”

“We have lost a Great lad Paul Lebihan. You will be sadly missed by us all mate. Sending our love and sympathy to Paul, Deborah & Family. From us and all your friends. RIP,” one person on Facebook wrote.

Another person said: “Absolutely gutted writing this all the laughs and memories we had together I’ll never forget. You could enter any room and the place would lit up you were an absolute diamond love you brother Paul Lebihan.”

One of his friends shared a video of them together, with the words: “Gutted to hear the sad news Paul Lebihan. RIP bro, glad we got out to Spain last year and came to see you. Top top lad with a heart of gold. Thoughts are with the family at this sad time. Keep that smile shining up there pal.”

A GoFundMe page has been set up in remembrance of the young man from Leam Lane by his cousin Kallym Bell ‘in support of his family for the cost and fees approaching.’

Kallym described Paul as “an amazing, selfless man with a heart of gold, always the biggest laugh and the very best to be around.”

On the funding page, he said: “The many memories many of you will have from kicking about the leam, from his years of loyalty to Leam Lane Boxing, from his time in the Navy and the many sessions together will always remain in our hearts.”

Speaking to ChronicleLive, Kallym Bell, 19, said that Paul “loved being around people, he was very sociable. He loved his boxing, he was a talented boxer, and he loved going out with his friends. He was a very popular kid, very loved.”

He added: “It still hasn’t really sunk in, I can’t even believe it. We just want him back: he was always on this estate, there’s a massive family of us living here and we all grew up around here together and all the family who’ve died are buried around here. Our family has been in Leam Lane since the estate was built and we want to bring Paul back.

“There’s obviously the cost of transporting him back and then the funeral as well. Paul deserves a good funeral, he did a lot for other people and people’s donations show that he was very loved.

“He was very selfless – saving the dog shows that. He would do anything for anyone, it’s the same with his time in the Navy, it shows how he was willing to put himself before others.”

To donate, please click the link for the GoFundMe page here.

ORIGINAL 12.46 pm (May 10) – The British man – unofficially identified as Paul Lebihan from Newcastle – died after getting into difficulties while trying to save his dog from the Bolulla River in Callosa d’en Sarrià, situated close to the Fonts de l’Algar in Costa Blanca’s Benidorm, on Monday, May 9.

Emergency services were alerted to the incident shortly before 5 pm after reports that an unconscious man had been pulled from the water.

Firefighters, ambulance crews, Guardia Civil officers and a medical helicopter were dispatched to the scene. When they arrived people who witnessed the young man drowning and pulled him from the water were performing basic PCR on the young man.

The SAMU medical teams continued treatment on the dog rescuer but were unable to save his life. He was pronounced dead at the scene.

According to police sources, the Brit “was swept away by the current” while trying to rescue the dog, which he apparently managed to do.

The death of the British man occurred after three other people recently lost their lives in the area.

The first happened on April 7 and occurred at the final waterfall of the ravine.

A 43-year-old man and a 31-year-old woman died while participating in a photo shoot for an advertisement with four other people.

The deceased was a well-known businessman from Villajoyosa who is believed to have fallen from the waterfall and suffered a fractured skull, while the woman died of drowning. A third person managed to save himself by grabbing onto a rope that was thrown at him.

The second incident occurred on April 17, in the same area. The victim was a 24-year-old man who drowned and had his body dragged down the river until it reached the Algar dam in Callosa, as reported by informacion.es.