Finland formally announces its intention to apply for NATO membership 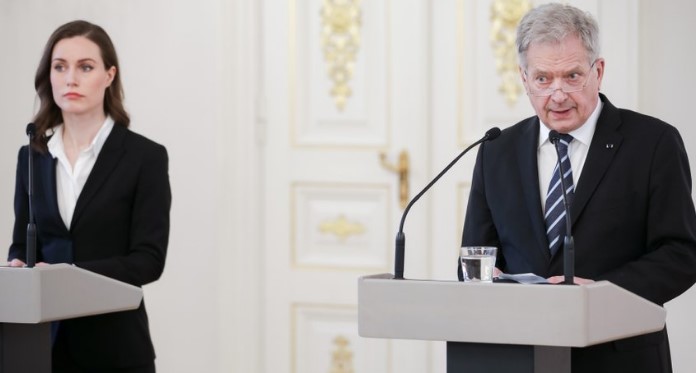 Finland has declared its formal intention of applying for membership of NATO, despite threats from Russia

Finland today, Sunday, May 15, formally announced its intention of applying for membership of NATO. This is an incredible reaction to the invasion of Ukraine from a country that has remained neutral for more than 75 years.

In a joint news conference held at Helsinki’s Presidential Palace, Sauli Niinisto the country’s President, and Sanna Marin, the Finnish Prime Minister, both confirmed this move.

Although this is already considered to be a formality, the application has to first be endorsed by the Finnish Parliament in the next few days. Support for this action has been supported in huge numbers by the nation’s residents.

Once Finland has submitted its official application to the Brussels headquarters of NATO – which could be at some point next week – Swedish politicians are then expected to follow suit. An announcement confirming their intention to also apply for membership is believed to have been prepared by the Swedish governing party for release sometime today.

Russian President Vladimir Putin has claimed that his ‘special operation’ in Ukraine was justified because the western alliance had been expanding and creeping nearer to his country’s borders. This latest news from the two Nordic neighbours will inevitably create extra tension.

If Finland’s application is approved, that will mean that NATO’s borders with Russia will increase to double their current 830 miles. Putin warned the Fins yesterday, Saturday, May 14, that they were making a huge mistake in trying to join NATO.

In a phone call that President Niinisto said was ‘conducted without aggravations’, Putin reportedly told him that Finland faced ‘no security threats’. His response to the Russian leader was to remind him about the cyber attacks that have occurred in both Sweden and Finland, which have subsequently ‘altered the security environment’ in Helsinki.