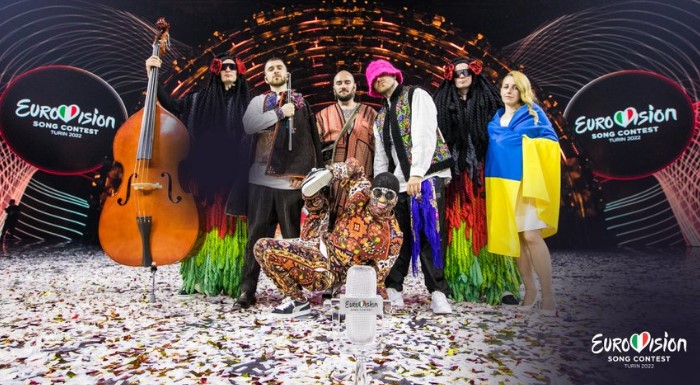 Italian cyber police have revealed today, Sunday, May 15, that they foiled numerous attempts by Russian hackers to disrupt yesterday’s Eurovision Song Contest. Authorities in Italy claim that notorious Russian hackers ‘Killnet’, and its ‘Legion’ affiliate, made several attacks on the network’s infrastructure.

Russia had been excluded from the competition by the European Broadcasting Union after the invasion of Ukraine. The eventual winners were Ukrainian entry, the Kalush Orchestra, who gained the highest percentage of the public vote for their song ‘Stefania’.

Pro-Russian hackers had been encouraged by the Legion group to make cyberattacks on the event’s official website. Although the Italian authorities managed to thwart suck attacks, the EBU revealed that it had observed irregular voting patterns in the results presented by six of the nations.

Sam Ryder brought some happiness back to British viewers as his song ‘Space Man’ placed second. This was the UK’s best finish in 20 years, as eight million people tuned in across the nation to watch the TikTok star representing them in the competition.

“Sam’s performance was simply out of this world and we couldn’t be prouder of him, achieving the best result in 20 years for the United Kingdom at the Eurovision Song Contest, including winning the jury vote”, said a statement from the BBC.

They added: “Kalush Orchestra’s performance was incredible and generated a reaction both in the arena and around the globe like no other – we offer huge congratulations to Ukraine on their win”.

After his country’s win, Volodymyr Zelenskyy, the Ukrainian President was elated. A statement from the leader said: “Our courage impresses the world, our music conquers Europe! Next year Ukraine will host Eurovision!”.

“We will do our best to one day host the participants and guests of Eurovision in Ukrainian Mariupol. Free, peaceful, rebuilt! I am sure our victorious chord in the battle with the enemy is not far off”, it concluded.

A statement from Eurovision’s executive supervisor Martin Osterdahl, read: “The Eurovision Song Contest is the only cultural event that truly unites Europe. This year it’s been more important than ever to bring millions together through our common values and love of music”.

“Now we will begin planning for 2023 with winning broadcaster UA:PBC”, it continued. “Obviously, there are unique challenges involved in hosting next year’s competition”, as reported by heraldscotland.com.

What an incredible night! A message of thanks from our Director General Noel Curran.#ESC2022 #Eurovision pic.twitter.com/7NmvpEgRzq