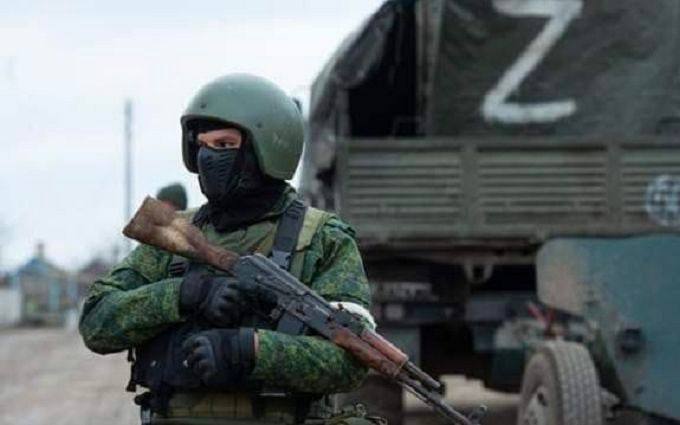 According to Ukrainian reports on Wednesday, May 18, members of the partisan movement killed several high-ranking Russian officers in occupied Melitopol.

A report by the Zaporizhzhia Regional Military Administration accused Russia of not revealing the deaths of their commanders and noted that they have subsequently tightened security checks in the city as they try to locate more Ukrainian defenders.

“In Melitopol, partisans liquidated high-ranking Russian military. The invaders are trying to hide this situation. But today, in the city, the Russian military was intensively checking private vehicles, probably in search of partisans,” the statement said.

Since April, UKR guerrillas have ambushed dozens of nightly curfew patrols, killing more than 70 RU troops, according to local reports.

The regional administration (OVA) also alleged that Putin’s troops had been spreading propaganda in the city since the start of the invasion on February 24.

“At the beginning of the war, the authorities surrendered the city,” one rumour suggested.

“Ukraine abandoned Melitopol, which is why an evacuation hasn’t taken place and why your wages have not been paid,” another said.

While another piece of propaganda stated: “When Ukraine’s army comes to Melitopol APU, the city will be bombed.”

The OVA said the ‘lies’ are “aimed only at ensuring that the people of Melitopol agree to cooperate with the invaders and stop trusting the legitimate Ukrainian authorities.”

A further report from the OVA revealed the extent of war in the region. “Residents of Melitopol have reported that most shops and businesses are closed. In those stores that continue to work, the products are Russian and the prices are sky-high.”

“The food situation in the surrounding villages is especially difficult. There is almost no humanitarian aid,” it continued.

“Melitopol businesses are forced to give 30 per cent of profits to the occupiers, otherwise they are closed. Melitopol residents are under constant stress, the streets are empty,” the report also noted.

On April 26, explosions were heard near Zaporizhzhia, Europe’s largest nuclear power plant – which was captured by Russian forces on March 4 – as Russia continued its attack on the region.

The head of Ukraine’s nuclear company Energoatom, Petro Kotin, said at the time: “The flight of missiles at low altitudes directly above the ZNPP site, where 7 nuclear facilities with a huge amount of nuclear material are located, poses huge risks. After all, missiles can hit one or more nuclear facilities, and this threatens a nuclear and radiation catastrophe around the world.”

A statement from Energoatom read at the time: “Today, at 6.41 and 6.46 am, two enemy cruise missiles flew at low altitude over the Zaporizhzhya NPP site in the direction of Zaporizhia. Later, explosions from Russian cruise missiles were recorded in Zaporizhia.”

“Russia’s nuclear terrorism is on the rise, and the threat is growing. 36 years after the Chernobyl tragedy, Russia exposes the whole world to the danger of a repeat of the nuclear catastrophe!” it said.

It continued: “Russian troops are also keeping heavy equipment and ammunition directly at the ZNPP site, effectively turning the station into a military base and terrorising the station’s staff and the population of the satellite city.”