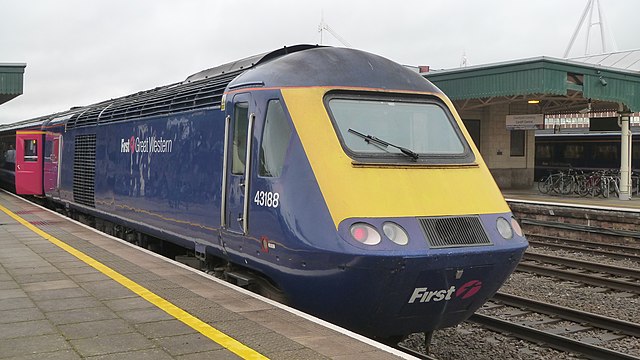 There are fears that the UK could be facing another summer of discontent after rail unions warned of “potentially the biggest rail strike in modern history.”

According to a report by Sky News, the Rail, Maritime and Transport Workers (RMT) union is balloting its 40,000 members on the move. Should they vote to strike, network sources have reportedly said it would create “serious challenges” in keeping goods moving and supermarket shelves stocked.

There are fears that the strike could seriously damage an economy already teetering on the brink of a recession, as there are concerns about what effect it could have on the availability of goods in the supermarkets and in particular food.

Any further supply chain issues could, experts believe, push the cost of food up even higher, with some lines already experiencing inflation around 20 per cent.

Railway bosses are drawing up contingency plans in an effort to keep both freight and passenger trains running should the strike go ahead, with the vote including Network Rail and 15 train operating companies.

TSSA general secretary Manuel Cortes has said many members have not seen a wage increase for two years, with the proposed action to be taken over pay, compulsory redundancies and safety concerns.

He said: “If the Department for Transport, Train Operating Companies and Network Rail don’t come forward very soon with proposed pay increases, which at least match inflation, a summer of discontent is on the way across our railways.”

According to The Times newspaper, Transport Secretary Grant Shapps is to meet with the prime minister and the chancellor early next week to discuss the threat. There are fears in government circles that the action could be worse than the junior doctor walkout in 2015.

The Rail Delivery Group (RDG) has urged against what it describes as a “premature” ballot, with negotiations still under way in many areas. However, it said that it was drawing up contingency plans to try to lessen the effects of any potential strike.

A spokesperson for the group urged the RMT to end its ballot, saying “nobody wins when rail is disrupted.

“Like any responsible industry, we are contingency planning to minimise the impact of potential strike action on the economy and to keep goods and passengers moving this summer.”

Mick Lynch, RMT General Secretary Mick Lynch said that whilst its members were praised during the pandemic as “key workers”, their pay and conditions had not kept in line with the rising costs of living.

He said that there had also been “repeated attacks” on their terms and conditions of employment, added to which Network Rail is wanting to remove 2,500 “safety-critical jobs” that could “spell disaster for the public”, and make accidents more likely.

He added: “A national rail strike will bring the country to a standstill, but our members’ livelihoods and passenger safety are our priorities.”

But rail bosses quoted by the paper say: “We want to keep people and goods moving, but there is no doubt we face serious challenges.

“There is an awful lot of work going on behind the scenes, including around what the timetable might look like. One option is times of the day when only freight services operate.”

Tim Shoveller, Network Rail’s Regional Director, said: “We are disappointed the RMT has taken this decision and urge them again to work with us, not against us, as we build an affordable railway fit for the future.”

“We would not consider any changes that would make the railway less safe.”

The vote closes on Tuesday, at which time the UK will know whether it is to face possibly the “biggest rail strike in modern history.”