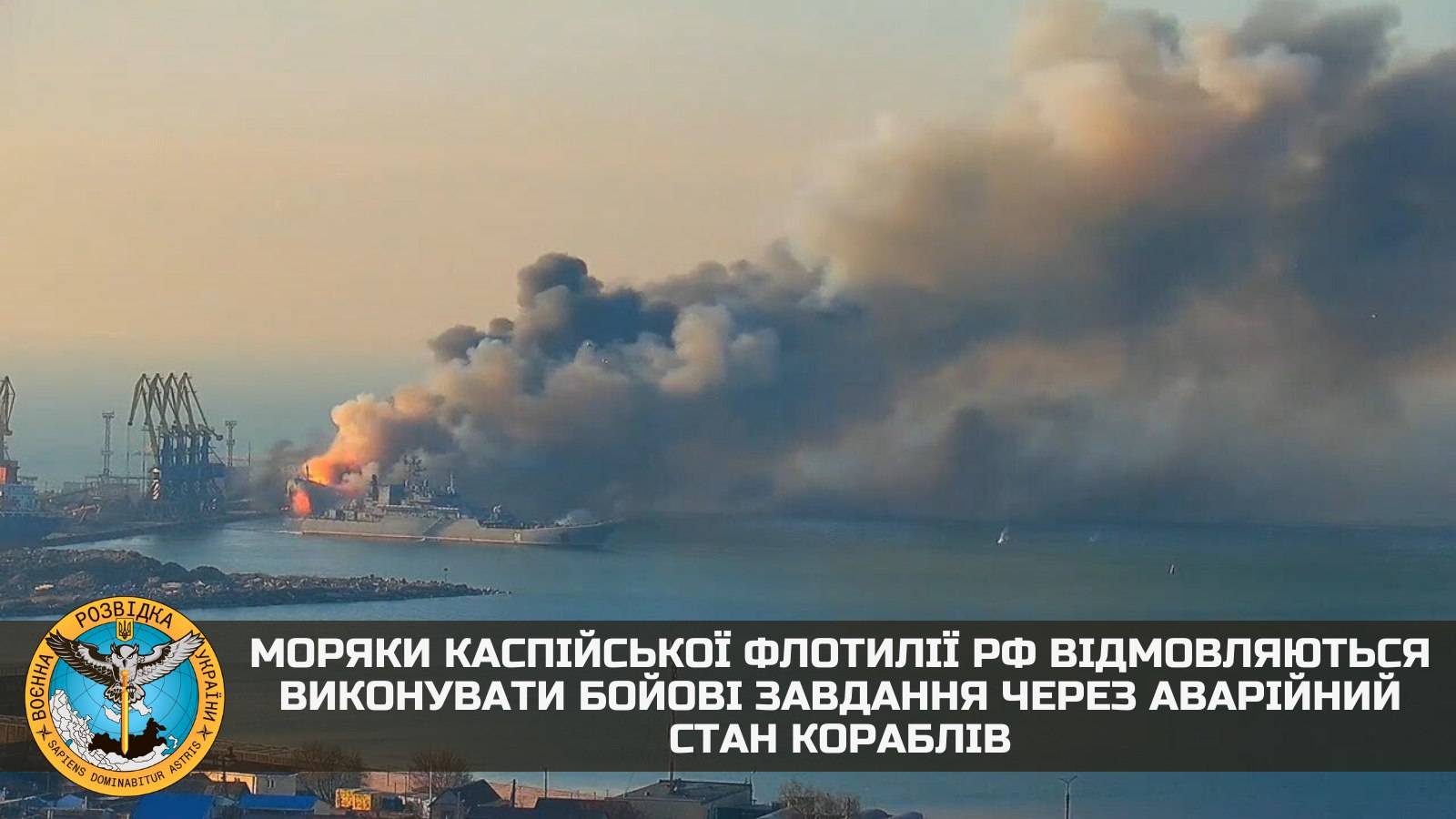 THE Ukrainian Ministry of Defence’s intelligence unit is reporting that some Russian sailors are refusing to carry out combat tasks on the country’s warships due to them being in such critical condition and commanders taking maintenance money.

The Main Directorate of Intelligence of the Ministry of Defence of Ukraine reported on Tuesday, May 24 that sailors on the Russian warship Caspian Flotilla are refusing to perform their duties because the vessel has not been properly maintained or repaired, while reportedly suggesting that the ship’s commanders are embezzling funds.

The Ukrainian government department said that due to sanctions placed against Russia, “full maintenance and navigation and diesel equipment repairs of the fleet’s warships have not been carried out.”

“Sailors of the 106th brigade of Russia’s Caspian Flotilla, which are part of a naval grouping involved in the war against Ukraine, are refusing to perform combat tasks through the critical conditions of the warships” according to their report.

It continued: “To ensure buoyancy on some warships, including cruise missile carriers, instead of the original units, Chinese-made appliances were installed, which were purchased at inflated prices.”

According to leaked information, “The command of the Caspian Flotilla, fearing inspections and accusations of embezzlement of funds provided for purchasing of spare parts, have been ordered to hide the facts of the incompetence of the warship’s crew.”

The information leaked to Ukraine will come with a heavy price for those if caught.

“Those responsible for leaking this information are threatened to be charged with high treason and sentenced to 15 years in prison,” it said.

However, it added: “The sailors have decided to secretly write collective letters to President Putin and Defence Minister Sergei Shoiguoihu, in which they plan to reveal all the financial corruption carried out by the commanders of the warship.”

Two Ukrainian missiles sank the Russian flagship missile cruiser Moskva in the Black Sea, off the coast of Ukraine, contrary to reports from Russia who claimed the vessel sank while being towed to port.

Originally from the UK, Matthew is based on the Costa Blanca and is a web reporter for The Euro Weekly News covering international and Spanish national news. Got a news story you want to share? Then get in touch at edit[email protected]