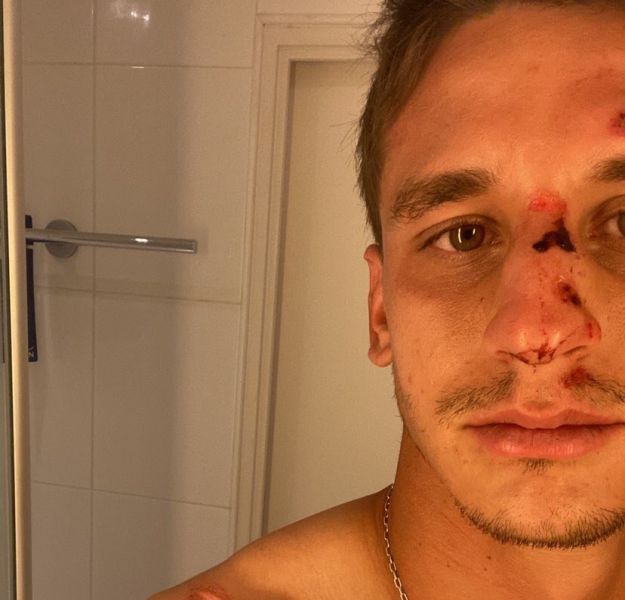 CAMILO UGO CARABELLI, the Argentian tennis star playing in his first main round draw at the Roland Garros event, has revealed that he collapsed the night before playing world number 9 Felix Auger-Aliassime.

Twenty-two-year-old Camilo Ugo Carabelli, ranked 152 in the world, had to be woken up by his coach after he was found collapsed on his bathroom floor ahead of his second-round game at the 2022 French Open event.

Carabelli had made his way to the main draw after defeating Yuichi Sugita, Ernesto Escobedo and Alexander Ritschard in the qualifiers before he faced Russian player Aslan Karatsev in the first round.

Carabelli defeated Karatsev in a tough fought five-set match and returned to his hotel room but was later found lying on the bathroom floor covered in blood.

“I don’t know how, I don’t remember anything,” the young Argentinian told reporters on Wednesday, May 26.

“My coach picked me up. I was face down, lying on the floor, with my shoulder marked and my face covered in blood. It looks like I passed out, brushed against the wall with my shoulder and fell on my face to the ground.”

After the match against world number 9 Felix Auger-Aliassime, undoubtedly the biggest of his career, the battered and bruised young tennis star said: “Yesterday (Tuesday) I was only able to train for an hour against Fognini because my head hurt.

“Today I was a little better because I took some pills, but I was still a little dizzy and that worked against me,” he said.

He added: “After the stress of the other day, the adrenaline and everything, I played five sets and I never had that much stress. That same night, I was going to go to sleep, I went to the bathroom and there I fainted.”

Asked whether this had happened before, Carabelli revealed “Yes, it happened to me once, but it was due to dehydration. [Doctors] studied my heart and everything, and everything turned out perfect.

“Now, I will go back to Buenos Aires and see my doctor and have my blood tested. From what I talked to him about, he told me that it was a peak of stress and that the body reacted like that,” he said.