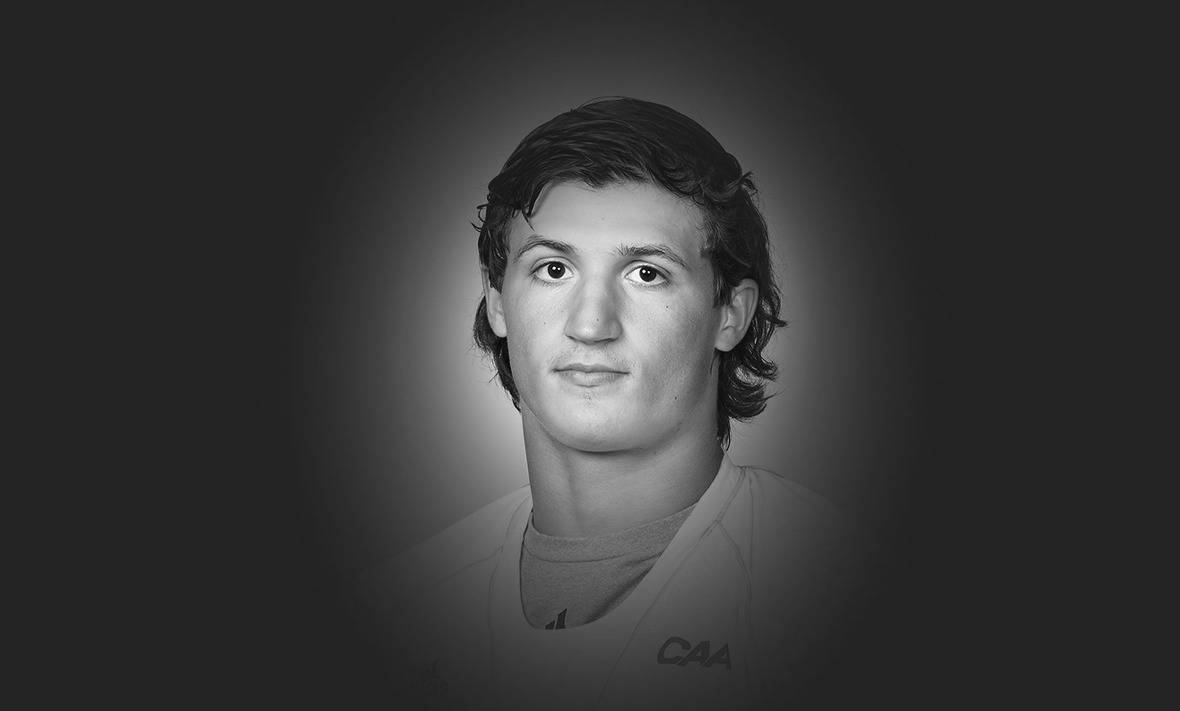 THE family and friends of 19-year-old Aidan Kaminska are in mourning following the sudden death of the star athlete.

The family of the young athlete, who was a sophomore lacrosse player at the University of Massachusetts, announced the sudden death of their 19-year-old son on Monday, May 30 and tributes have continued to flood social media following the news.

Port Jefferson’s Kaminska, who also played American football, was named to the CAA Commissioner’s Academic Honor Roll in 2021 and starred as a redshirt freshman midfielder at UMass.

Port Jefferson Superintendent Jessica Schmettan sent a letter to district parents on Tuesday, May 31 informing them that Aiden had died suddenly.

“The district was informed of the sudden passing of one of our alumni from the Class of 2020, Aidan Kaminska. Our thoughts and prayers are with the former student’s friends, family and loved ones during this difficult time.

“I offer my deepest and most sincere condolences to the family, staff and friends who suffered this great loss.”

His mother, Lydia Johnston Kaminska, posted a compilation video of her son on Facebook, which well-wishers paid commented on, leaving thoughts and prayers.

“Lydia I can’t even express the words of hearing the passing of Aidan. I sit here in tears for you, Glen, Connor and whole family. My heartfelt condolences to you all. All my love and prayers to you for strength,” one person said.

Another said: “Lydia and Glen I can’t imagine the pain you feel. He will forever be “one of our boys”. Our thoughts and prayers are with you guys.”

Aidan was described as having an infectious smile, being a good friend, and a tremendous athlete.

“He started playing lacrosse at a young age as part of the newly-formed lacrosse program at Port Jefferson. He played on multiple travel lacrosse teams, most notably Legacy Lacrosse, of which he was a member of the championship team winning the World Series of Youth Lacrosse (WSYL) in 2016,” an obituary for Aidan said.

“As a redshirt freshman, he was named Rookie-of-the-Week April 25th following his three-goal performance versus Hofstra University and went on to be named to the CAA All-Rookie team for the 2022 season.

“He ended the season being named to the 2022 CAA All-Tournament team.

“He enjoyed taking long walks in nature and he worked out fiercely. He also enjoyed cooking, often sautéing fresh spinach and trying out new recipes. He liked to make homemade pickles with his mother.

“Aidan had numerous friends and was an inspiration to many. He will be sorely missed.”

UMass Men’s Lacrosse team wrote: “Massachusetts athletics is saddened to announce the loss of Aidan Kaminska, a men’s lacrosse student-athlete who passed away on Monday, May 30.

“Kaminska, a communications major from Port Jefferson, N.Y., was a sophomore midfielder for the Minutemen. He was 19 years old.”

“Our most sincere condolences go out to the Kaminska family as well as the entire @UMassMLacrosse community.”

Our most sincere condolences go out to the Kaminska family as well as the entire @UMassMLacrosse community pic.twitter.com/L6ZrV4394j

Aiden’s sudden death – of which the cause is currently unknown – happened on the same day the death of another young athlete was reported.

Italian athlete Gianmarco Verdi died at the age of 21 following a suspected heart attack after collapsing while he was having dinner with his friends in Torre Maina, Italy.