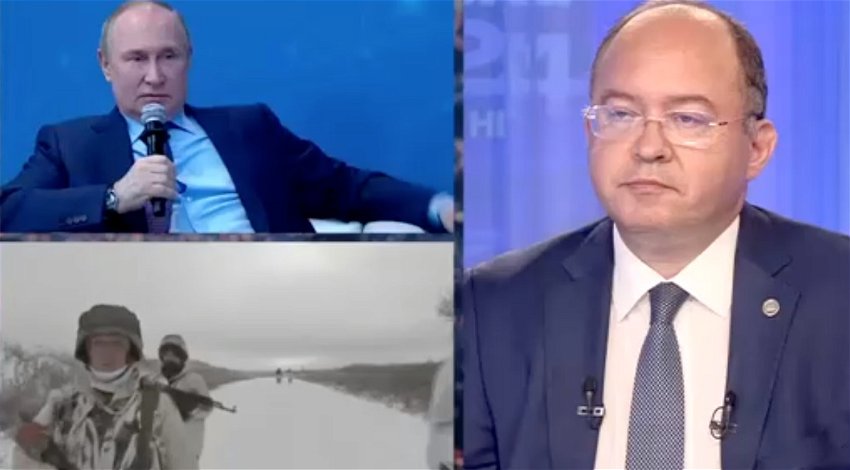 ROMANIA would like to increase the number of NATO troops in the country and extend their stay, according to the head of the country’s Foreign Ministry, Bogdan Aurescu.

Bogdan Aurescu said that although there are “already more than 5 thousand soldiers from NATO forces on the territory of Romania, Bucharest is interested in their long-term presence on the eastern flank” as he dubbed the actions of Russian President Vladimir Putin “the most serious threat to the Alliance.”

“We are interested in a long-term presence on the eastern flank of NATO allies, in a formula that must obviously be quantified not only by the number of troops in Romania but also by many other parameters: the command system and control, the reinforcement forces – which are very important, which must come, they must already be identified, they must come very quickly in support of the existing forces and the national forces that exist in that state,” Bogdan Aurescu told Digi24 on Monday, June 13.

“We have the composition of the Fighting Group, which is being set up and operationalised. We formally started this process of creating the battle group on May 1, it is in progress, it will be completed somewhere towards the end of the year, maybe the beginning of next year, maybe sooner, depending on how fast we move, and the allies who are part of this fighting group, ” he said.

The head of Romania’s Foreign Ministry said that he would be heading to the NATO summit in Madrid to see what actions the alliance has planned for Russia’s invasion of Ukraine.

Aurescu added: “We want to see further decisions that, taken at the Madrid summit, can ensure this consistent defence and deterrence, which discourages – obviously this is the goal, not in an escalating way, so not to provoke, but to show that any kind of action against the Alliance is one that is fruitless or cannot have any expected result by one who can try an action against the Allies.”

Aurescu said that a new NATO Strategic Concept must be adopted at the NATO summit in Madrid and must declare “the Russian Federation as the main threat to the North Atlantic Alliance and Euro-Atlantic security.”

“There are Western European countries that send troops to Romania,” he said.

He added: “It is absolutely clear that the actions of Putin are the most serious threat to the Alliance.

“We are facing a conflict in the immediate vicinity of the North Atlantic Alliance, a war of illegal aggression unleashed by Russia unprovoked and unjustifiable, which is not only directed against Ukraine, it is a war effort that is actually trying to put the whole European security architecture is being questioned.

“It is clear that everyone needs to be aware of this, and that influences the decisions that the Allies have already made. We are now in the process of negotiating these decisions,” the Romanian Minister of Foreign Affairs said.