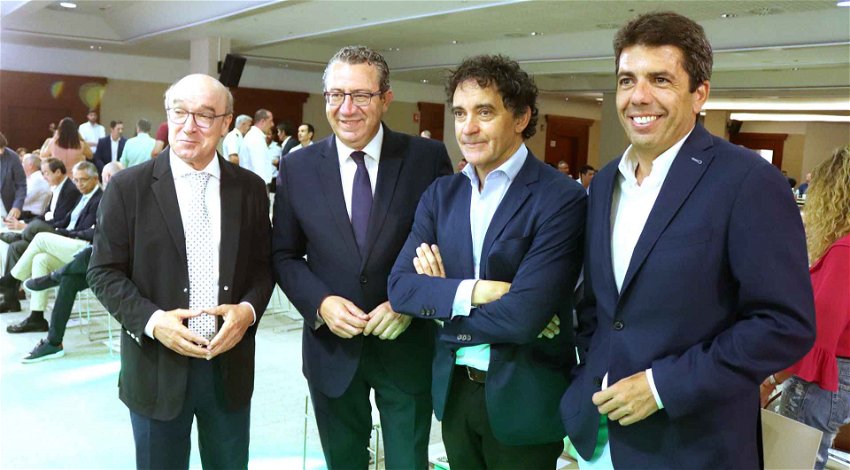 BENIDORM’S mayor Toni Perez called for increased funding and the return of “just a little of what we have contributed.”

He was speaking at the conclusion of the June 17 general assembly of Hosbec, the association that represents hoteliers in the Valencian Community and, above all the Costa Blanca.

Perez. was referring to IVA, Spain’s Value Added Tax charged on Benidorm services and he urged the Administrations to “pass on just a little” of the IVA that the tourist resort generates.

During the course of the meeting at Benidorm’s Melia Villaitana hotel, Perez joined unanimous condemnation of the proposed tourist tax that the Valencian Community parliament is likely to approve early next year.

In this he was accompanied by Francesc Colomer, who heads the regional government’s Tourist Board.  He has made no secret of his opposition to the tax which is an obsession of the Compromis and Podemos parties, minority members of the coalition that controls the Generalitat with the PSOE socialists.

Colomer was amongst those who publicly thanked Hosbec president Toni Mayor when he announced his departure after 14 years during the assembly.

Colomer, Perez and Carlos Mazon, president of the Diputacion provincial council, all highlighted Toni Mayor’s important role and his ability to predict the way the wind blew for the hotel industry.

Asked later why he had decided to step down, Mayor explained that this was not a hasty decision, but one that he had taken some time back although he had decided in 2020 to remain for another two years.