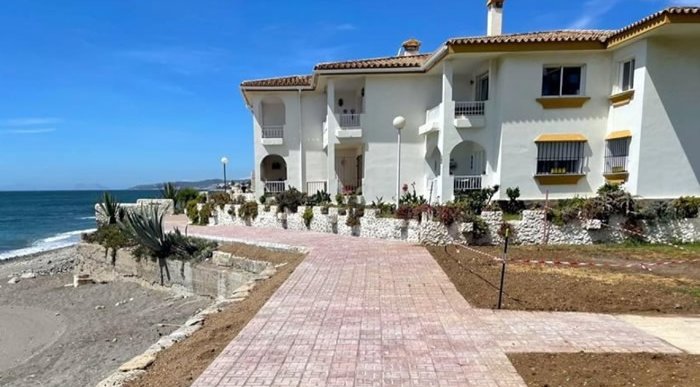 Repair work to the stretch of Arena Beach promenade damaged by recent storms in the Malaga town of Estepona has been completed.

Estepona Town Council informed the public this Monday, June 20, that the emergency works carried out on the section of the Arena Beach urbanisation promenade have been completed. The stretch required repairing after damage suffered during the recent storms in the Malaga municiplity.

Ana Velasco, the deputy mayor of the Development, Infrastructure and Tourism (FIT) department reported that the works -which have had a budget of €16,308 (VAT included) – have improved the space that had been affected by the strong rainfall, thus guaranteeing that citizens can once again use this area safely.

This action has focused mainly on the repair of a sinkhole that had to be delimited to avoid accidents to passers-by. A breakwater wall has also been placed next to the sanitation manholes, which prevents the structures from being affected by possible earth movements.

Velasco pointed out that in this section of the promenade the public lighting and irrigation pipes have also been replaced. A new red printed concrete pavement similar to the existing one has also been installed.

In addition to repairing the sinkhole caused by the storm, the Consistory has also remodelled a part of the Arena Beach promenade. It has been replaced with pavement similar to the existing one and other damages that had been detected on the ground in the area have been fixed.

The municipal official explained that the Council also carried out emergency works to repair the damage caused by the storm in the sections of the coastal corridor that run through the Estepona coastal areas of El Pirata and ‘Buenas Noches.