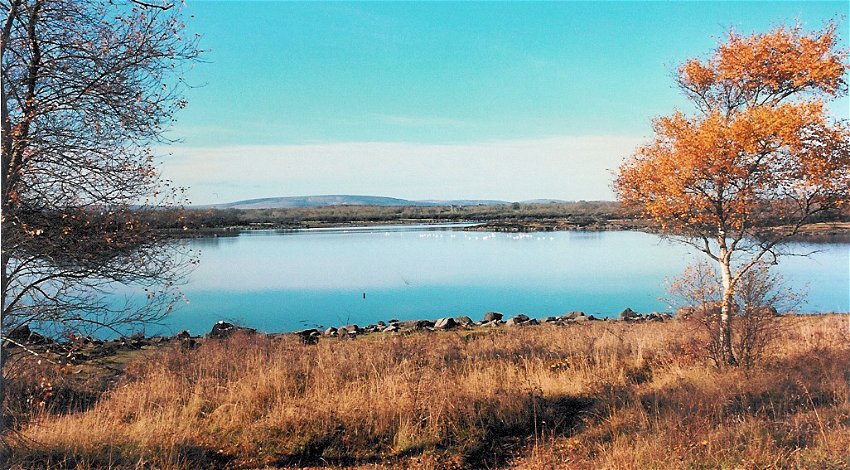 Earlier this week, on a limestone table in Coole Park in Ireland, an archaeologist has identified a large Bronze Age fortress surrounded by lakes whilst carrying out field work in the Burren lowlands east of Gort in County Galway.

The 3,000 year old fortress was known prior to Michael Gibbons’ identification of it, but it’s antiquity was uncertain. It has been described by the CEO of Muintearas, Sean O Coistealbha as an “incredible find.”

Working with the Gaeltacht education project Muintearas, Gibbons surveyed the area mostly covered by thick woodland. Aerial survey LiDAR data is still under review before further research and analysis can be confirmed. However, archeologists working with Muintearas are hopeful that the data will reveal Bronze Age houses within the ramparts, as reported by artnews.com

“We know that there were numerous roundhouses within it, that they’re metalworking, and that they’re making high status artifacts,” states Gibbons. He expects a “wealth of information” is yet to be discovered about this fortress and the surrounding area.

Coole Park’s seasonal lakes which surround the fortress are specific to certain parts of Western Ireland. They are situated to the west of Ireland’s River Shannon, the longest river in the British Isles.

The fortress is thought to have been constructed between 800 and 1200 BCE. It’s incorporation of turloughs, which would have drained and filled with water depending on the weather and time of year, is unique for the period. The turloughs would have been a defence mechanism to prevent invasion. Spanning roughly 1,312 by 328 ft, it is likely that several hundred people could have lived in the fortress at various times.