Around 17,000 people visited the 20th edition of the BMW Motorrad in Berlin 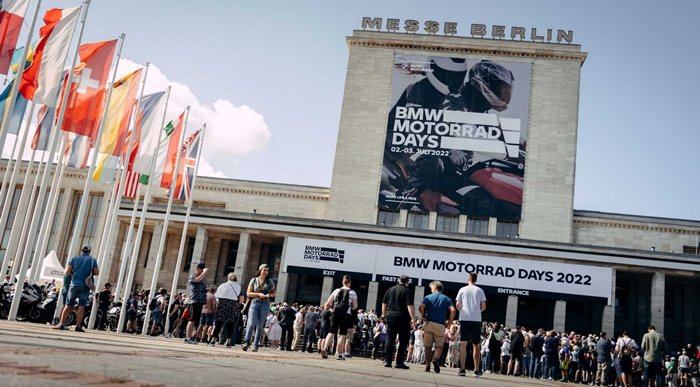 The 20th edition of the BMW Motorrad in the German capital of Berlin attracted around 17,000 visitors.

As reported by BMW Press Club on Monday, July 4, the 20th edition of the BMW Motorrad Days on July 2 and 3 held in the German capital of Berlin, was a resounding success. The world’s largest BMW Motorrad meet-up was immediately preceded by the Pure&Crafted Festival on Friday, July 1.

During the whole weekend, around 17,000 visitors from all over the world were attracted, creating a unique atmosphere. Fans both with and without motorbikes came not only from Germany and neighbouring countries, but from over 40 nations in total.

While visitors from Italy and the United Kingdom were well represented as is traditionally the case, the first-ever BMW Motorrad Days to be held in Berlin also attracted a number of other guests. There were visitors from the Berlin-Brandenburg Region, Poland, Argentina, and even a few from South Korea, Columbia, and South Africa, among others

The Pure&Crafted Festival kicked off a great motorbike weekend. Initiated by BMW Motorrad, the festival took place for the second time in the Sommergarten at Messe Berlin, delivering the usual mix of hand-crafted music, motorbike culture, and new-heritage lifestyle.

An extensive programme of events of the BMW Motorrad Days on Saturday 2 and Sunday 3 left nothing to be desired. A number of street bike stunt shows along with trial and FMX shows were integral features. One of the most popular attractions was the wall-of-death riders at the original Motodrom – the world’s longest-standing wall-of-death show.

First-time attempts at motorcycling without a licence were likewise on offer, as were Enduro taster training sessions. Meanwhile, tours of the BMW Motorrad production plant were a unique highlight for many visitors. This was the first time BMW Motorrad Days guests were able to gain an insight into international motorbike production.

BMW Motorrad Days have long been considered a traditional event, and occupy a permanent place in every biker’s calendar. The event took place for the very first time in Seefeld, Austria in 2001, after which it was held 18 times in succession in Garmisch-Partenkirchen. It was cancelled in 2020 and 2021 due to the global pandemic.