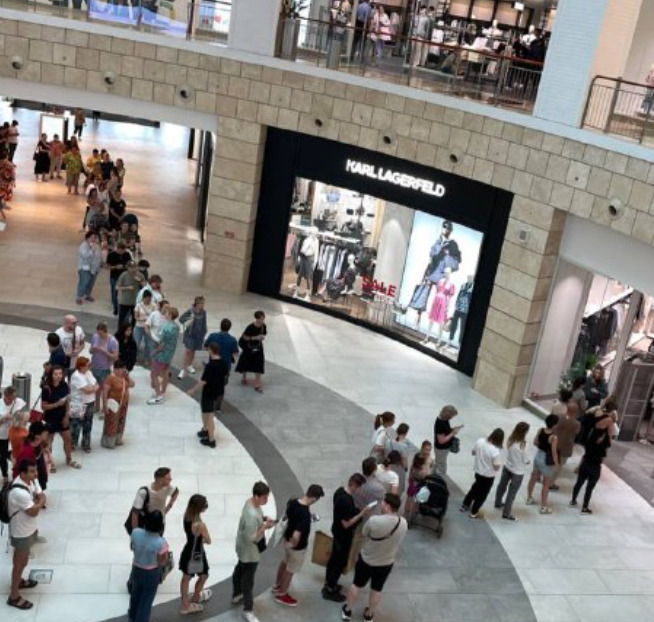 Huge queues have been reported at H&M in Moscow’s Metropolis shopping centre, before the company exits Russia for good, as reported on Tuesday, August 2.

H&M stores have reportedly opened in Moscow, Russia, for the first time since the start of the ongoing war with Ukraine, for a final clearance sale before the company leaves the nation.

In July, H&M set a final sale before leaving the Russian market for August 1, but H&M stores did not open on the announced date despite reports of a possible reopening and a queue of shoppers that had gathered.

According to Fakti, customers reportedly stood at the store entrance for around 20 minutes but were soon advised by security to leave.

“Pitiful footage – Katsapians waiting for hours for an H&M shop to open unsuccessfully. But it didn’t work out – the waiters were asked to disperse, because the company’s shop supporting the sanctions has no plans to open in Russia.”

However, on August 2, the shop reportedly opened in the Metropolis shopping centre in Moscow, as well as another store in “Aviapark”.

Prices of clothing are reported to have increased significantly, with promotions, special offers and gift cards completely off the table.

H&M announced that it was ceasing business in Russia amid operational problems and an unstable political situation on July 18.

In addition, Helena Helmerson, CEO of H&M Group, explained that the company thanked its Russian employees for their work.

The news of H&M’s clearance sales in Moscow, Russia, follows reports of the Bank of Russia extending its restrictions on foreign cash withdrawals for another six months, until March 9, 2023 as reported on Monday, August 1.