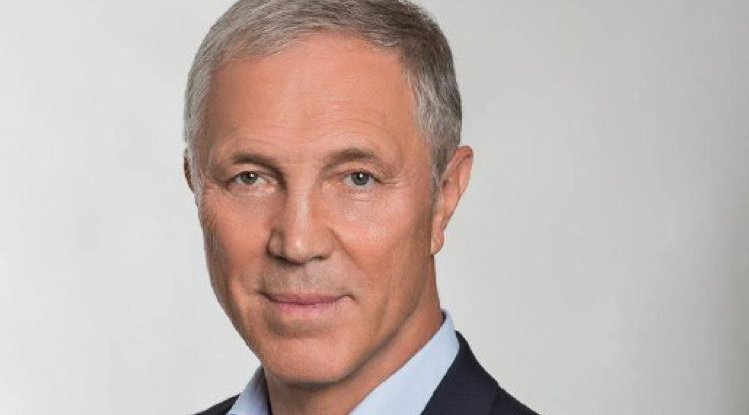 Update 2.44.pm (August 5) Doctors believe that the head of the pro-Russian administration of Kherson Region has been poisoned.

The head of the pro-Russian administration of Kherson region, Ukraine, Vladimir Saldo may have been poisoned, as his blood and urine have been urgently sent to a toxicology department for examination.

The results of the blood tests clarify whether there is any poison in his organism in a couple of days, according to Russian news agency Baza.

The head of the interim administration of Kherson Region, Volodymyr Saldo, in a medically induced coma, has been airlifted from Crimea to a Moscow hospital.

Initially, medics had assumed a heart attack because the official had similar symptoms. However, a cardiogram did not confirm it.

Today, his condition has reportedly worsened and Saldo was put on a ventilator and put in a medically induced coma.

Then, a consilium of Moscow and Crimean doctors decided to send the official to Moscow as a matter of urgency.

While Saldo was in a coma, there were posts on the official’s personal Telegram channel claiming that his deteriorating health was the result of complications from a coronavirus.

It has been claimed that Volodymyr Saldo is one of the main targets of the Ukrainian Armed Forces among the heads of the other pro-Russian administrations in Ukraine.

Original 1.56.pm (August 5)The head of the Military-Civilian administration of Kherson Region, in Russian occupied Ukraine is reportedly in a medically induced coma, as reported on Friday, August 5.

Vladimir Saldo, Head of the Military-Civilian administration of Kherson Region, Ukraine,  has reportedly been put into a medically induced coma and is currently on a ventilator.

He has been transported to Crimea and doctors have assessed his condition as extremely serious.

Vladimir Saldo had previously said in his telegraph channel that he had been “immediately hospitalised”:

“After another meeting with the government of the Kherson region, the Minister of Health came up to me and insisted on an immediate medical examination.”

“I, of course, refused, but the minister brought doctors into the office who, having made an examination, insisted on immediate hospitalisation.”

“After discussing with my colleagues, I decided to agree with the doctors’ suggestions,” Saldo wrote in his Telegram channel.

For now, Saldo’s duties will be performed by the chairman of the Kherson regional government, Serhiy Yeliseyev, as reported by Russian news agency Baza.

Born on June 12, 1956, 66-year-old Volodymyr Vasylovych Saldo has served as the Head of the Kherson Military-Civilian Administration in Russian-occupied Ukraine since April 26, 2022.

The news follows reports of President Vladimir Putin of Russia awarding Colonel Olga Kachura the Hero of Russia award after she was killed in Ukraine.

“Vladimir Putin signed a decree awarding the title of Hero of Russia to Colonel Olga Kachura (posthumously) – for courage and heroism in the performance of military duty,” read an official statement published by the Kremlin’s official telegram channel.